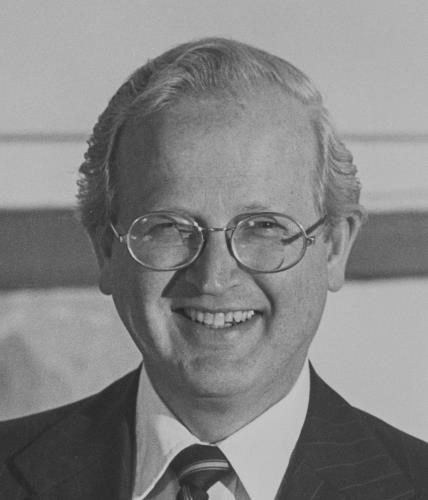 William Wondriska, 85, graphic designer and children's book author and illustrator, died on July 8 in Concord, MA from complications of Parkinson's disease. Born in Chicago June 29, 1931, Bill grew up in Oak Park, IL and graduated from the Chicago Art Institute in 1953 with a BAE. He went on to study graphic design at the Yale School of Art where he received a BFA in 1954 and a MFA in 1955. While at Yale he was drafted and served in the U.S. Army in Korea. After military service, Bill worked in the firm of noted graphic designer Lester Beall in Wilton, CT, and then taught at the Hartford Art School where he would later serve on the Art School Board of Trustees, Board of Corporators and on the Board of Regents of the University of Hartford. In 1961, he founded Wondriska Associates, a design office which became known for developing image and marketing programs for corporate giants and arts and educational institutions, among them United Technologies Corporation, John Wiley & Sons, Travelers Corporation, Walt Disney Company, Wadsworth Museum of Art, Hartford Stage, Bulfinch Press, Boston Symphony Orchestra, Museum of Fine Arts - Boston, Yale School of Management, Aetna, Connecticut Public Television and Radio (CPTV), Choate Rosemary Hall, Hotchkiss School, Miss Porter's School, American School in Paris and Richmond College, London. The work of the office won countless awards for creative excellence and is featured in many collections, including the Library of Congress as well as many professional publications, both here and in Europe and Japan. In 1994 the firm became WondriskaRusso Associates when Dennis Russo became a partner. Bill retired to Concord, MA in 2003. Bill's interest in writing and illustrating children's books began while at Yale. Several of his books have won awards and some have been used in the classroom setting to teach tolerance. Seven of his books for children have recently been reissued in multiple languages, including All The Animals Were Angry (Corraini Edizioni, 2011), All By Myself (Corraini Edizioni, 2010), A Long Piece of String (Chronicle Books, 2008), and Puff (Corraini Edizioni, 2013; Rizzoli International Publications, 2015). During his long and distinguished career, Bill's creative mantra was "keep it simple." His ability to cut through excess verbiage to the heart of the message and use design as an aide to communication was legendary. His former partner Dennis Russo attributes Bill's success to "a creative, uncluttered mind, a powerhouse of sun filled energy, and best of all, a happy little boy in a grown up body. These qualities are what kept Bill's designs fresh, simple and compelling. I was fortunate to work with him and to partner with him." Another associate and former President of Wondriska Associates, Andy Letendre, said, "Like his work, Bill was an original. From his signature leather suspenders to his white suits, there was no mistaking Bill in a crowd! And when you lose an original, you can't replace it. There never will be another like Bill Wondriska. Fortunately, his legacy will live on in his work and in those associates who, inspired by his example, have made their own contributions in the design world." Designer Peter Good of Cummings&Good, remembers Bill as "a protean designer who influenced a legion of designers with his brilliant, contemporary, surprising and imaginative work. He was truly a Connecticut master." He leaves his devoted wife, Karin Fickett, of Concord, MA; three daughters by a previous marriage to Rebecca Wondriska (Shoemaker) of West Hartford: Alison Wondriska and Stefanie Wondriska-Clark, both of Massachusetts; Jana Wondriska of California, as well as six grandchildren. In memory of Bill, donations can be made to the William Wondriska Graphic Design Fund at the Art School at the University of Hartford. There will be a Memorial Service in Hartford in October at a place and time to be announced.

Published by Hartford Courant from Jul. 23 to Jul. 24, 2016.
To plant trees in memory, please visit the Sympathy Store.
MEMORIAL EVENTS
To offer your sympathy during this difficult time, you can now have memorial trees planted in a National Forest in memory of your loved one.
MAKE A DONATION
MEMORIES & CONDOLENCES
Sponsored by the family.
7 Entries
I didn't know William Wondriska's name until today. I googled a very much loved children's book that has been in my heart for over 50 years called Mr Brown and Mr Gray. It had a profound effect on me and further searches brought me here. I wanted to say thank you. I'm sorry to read of his passing and wished to show my respect.
Adrian Vincent
Friend
June 5, 2021
Carl Roodman
Coworker
July 21, 2020
Bill was the reason I eventually became a respected graphic designer. He also shared some techniques I use to this very day. I will always be indebted to him and am sad to learn of his passing.
Jennifer Lauer Anderson
Friend
March 8, 2019
Carl Roodman
January 25, 2017
On behalf of all of us at the Hartford Arts School and the University of Hartford, I send my deepest sympathy to all of Bill's family and friends. His spirit and creativity inspired all of us at both of these institutions and his great design work for the University continues to live on.

Walter Harrison
President
University of Hartford
July 24, 2016
To Alison,Stefanie and Jana, my sympathy on the death of your Dad. What a wonderful creative man. I loved his books which I used when I taught, and the posters he did for the children's book festivals. LOve to you and your family . Would love to see you when you come to the area. You know where I am! Judy Lawes .
JUdy Lawes
July 24, 2016
To Mr Wondriska's family and friends
I offer my heartfelt condolences. In your time of sorrow, may your memories comfort you & your prayers, strengthen you. Almighty God, promise that we will see our wonderful, love ones again.
Sheila H
July 23, 2016
Showing 1 - 7 of 7 results