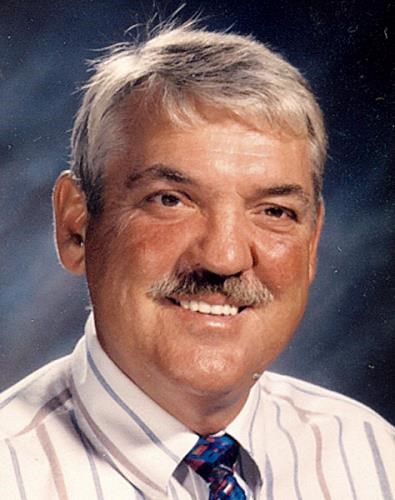 Larry was born June 6, 1941, in Lincoln, Ill., the son of Paul and Kathleen Warren Engle. He married Norma Spellman in 1973. She survives in Lincoln.

Also surviving Larry are his sister, Dottie (Bud) Huffaker of Chatham; sister-in-law, Sandi Engle; and many nieces and nephews.

Larry was preceded in death by his daughter, Tara Lee; parents; and brother, Paul "Punky" Engle.

Larry was drafted into the Army and served two tours of duty in Vietnam. His teaching and coaching duties included Saybrook-Arrowsmith, Argenta-Oreana, Lincoln High School, and Olympia High School.

Larry retired after 31 years of teaching and coaching. He enjoyed summers on the Elks golf course and winters in the St. Petersburg area.

He was a 32nd degree Mason as well as a member of the Lincoln American Legion Post #263.

Burial will follow services at Old Union Cemetery in Lincoln.

Memorial donations may be made in Larry's name to: The Kidney Foundation, Heart Association, or Abraham Lincoln Memorial Hospital Foundation.

Published by The Lincoln Courier from Jan. 4 to Jan. 5, 2016.
To plant trees in memory, please visit the Sympathy Store.
MEMORIAL EVENTS
Jan
5
Visitation
4:00p.m. - 7:00p.m.
Fricke-Calvert-Schrader Funeral Home
127 South Logan Street, Lincoln, IL
Jan
5
Burial
Old Union Cemetery
Lincoln, IL
Jan
6
Service
10:30a.m.
Fricke-Calvert-Schrader Funeral Home
127 South Logan Street, Lincoln, IL
Funeral services provided by:
Fricke-Calvert-Schrader Funeral Home
MAKE A DONATION
Please consider a donation as requested by the family.
MEMORIES & CONDOLENCES
Sponsored by Fricke-Calvert-Schrader Funeral Home.
6 Entries
So sorry to hear about Coach Engle. He was a great man and coach. He will be greatly missed. Our deepest sympathies to the entire family.
Amy Wiggers - Chen
January 4, 2016
I carry with me many great memories of Larry from the time we spent on the basketball court at good old LCHS and one season at the new LCHS. Was a great friend and teammate. You have my deepest sympathy.
Walter Wall
January 4, 2016
Larry, my Lincolnite, Elks Club, family friend to my St. Petersburg "God Father"...thank you for always being so genuine and loving. I'll always miss you, never forget you and will find comfort knowing you are now at peace. XOXO
Jaimie Smith
January 4, 2016
I will always remember Larry as a good colleague at Olympia. My condolences to his family.
Terry Fortman
January 4, 2016
I was sorry to hear about Larry. I worked with him when I was at Argenta-Oreana. My deepest sympathy to Norma.
Michael Schmitz
January 3, 2016
Coach Engle was the best coach I ever had. But more important, he was a friend. I will always remember the pacing with the stick of chalk......before the game....during the game.....at halftime.....at the end of each pace, he would stop, bark out some important instructions, then back to the pace....then to the chalk board. RIP Coach.
Tony and Judy Richars Richars
January 3, 2016
Showing 1 - 6 of 6 results