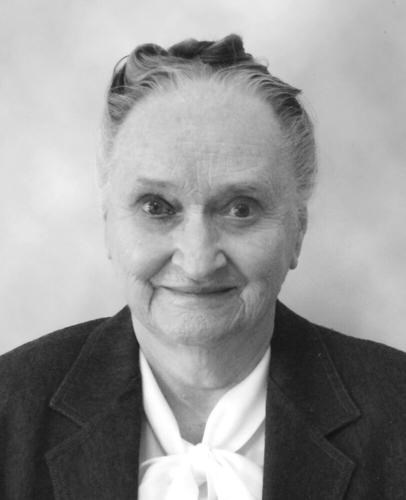 FUNERAL HOME
Musgrove Mortuary & West Lawn Memorial Park
225 South Danebo Ave
Eugene, OR
Obituary of Phyllis Eileen Wells
Phyllis Eileen Wells was born April 15, 1925 in Eugene, Oregon to Harold and Bertha Wells. She passed away in Eugene, Oregon October 4th 2021 at the age of 96. She attended school in Eugene and graduated from the University of Oregon in 1946. She taught school in Tillamook, Oregon. In 1949 she entered the ministry and spoke the message of Jesus in Oregon, Idaho, Washington, and Alaska for almost 30 years. She returned to Eugene to care for her elderly mother. During that time, she also worked in the library at the U of O and later for a group of professors. In 2019, she and her brother Charles moved into River Run Place Assisted Living. As her brother was losing his eyesight, she became his eyes. She is preceded in death by her father, Harold Wells, mother, Bertha Wells, and is survived by her many friends. There will be a memorial service on Saturday, October 30th, at 11:00am at the Campbell Community Center, Great Hall Room. 155 High St. Eugene, OR.
Published by Musgrove Mortuary & West Lawn Memorial Park on Oct. 22, 2021.
To plant trees in memory, please visit the Sympathy Store.
MEMORIAL EVENTS
To offer your sympathy during this difficult time, you can now have memorial trees planted in a National Forest in memory of your loved one.
Funeral services provided by:
Musgrove Mortuary & West Lawn Memorial Park
MEMORIES & CONDOLENCES
1 Entry
Phyllis was in Kitsap Co. , Washington mid 60´s... her devotion to sowing the precious seed of the Kingdom and patients with all of us... she gave some very special studies to me when I was a young mother . I shall always be grateful for her influence.
Renee Cassou Lavdas
October 31, 2021
Showing 1 - 1 of 1 results