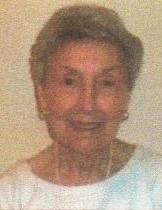 Having lived a rich and fulfilling live, God said, "It's time to come home."

Mom completed her earthly journey in Meridian, Idaho on Thursday, May 13, 2021, and we celebrate a life well-lived. Shirley was born on September 14, 1923, at her maternal grandparents' home in Malad City, Idaho, to loving parents, Hyrum Ether and Margaret "Maggie" May Evans Reynolds. She had two older brothers, Norman Earl, five years her elder and Hyrum Boyd, born two years before her, however passed away in infancy at five weeks old.

Momma was raised in Ogden, Utah, where her father worked for the Union Pacific Railroad. When she was age five, her mother began working at American Linen Company as a seamstress. Shirley began her education at Lewis Elementary School and attended from the 1st to 10th grade. While attending Lewis, she was a member of the Pep Club and marched in several Ogden Pioneer Day parades, which celebrated Utah Statehood.

In her youth she spent many happy days fishing and camping during the summer then snow skiing and sledding in the winter. During the hot summer months, she enjoyed going to the movie theater and the indoor roller rink. From the 11th grade, Shirley attended Ogden High School and was a among the graduating class of 1941. She enjoyed attending the annual class reunions from their 25th in 1966 to the 50th Anniversary for their final gathering in 2011.

She met Emmett Samuel Janke while roller skating and they were married in September 1940. Two years later, they were blessed with a son, Russell. They were divorced in 1945. Towards the end of WWII, she became employed at the Ogden Union Pacific Railroad station as a ticket agent. In 1946 she and her son relocated to San Francisco, California where she was employed by Trans-World Airlines and first met Howard Hughes.

In 1949, she began working for Shell Oil Corporation as an elevator operator. This is where she met Lt. Commander Walter Junior Peterson. Walt worked for an insurance company in the same building and was also in the US Naval Reserve. They were married in February of 1960. Due to the Korean War, Walt was recalled to active duty and transferred to Great Lakes, Illinois. The family moved to Illinois and in September of 1952, their daughter, Shelley was born. Walt was released from active duty and the family moved to Southern California. In 1955 they purchased a home in North Hollywood, renamed Valley Village in 1991, in the San Fernando Valley. She lived in that home for 59 years.

Shirley was employed by Lockheed Aircraft California Company in Burbank, California. She began her career in the payroll department and retired in 1984 as Bldg. 61 Corporate Receptionist. During her corporate experience she met many world dignitaries, including Howard Hughes, for the second time, and Chuck Yeager. She was the model for the L-1011 aircraft seating aisleway for passenger walkway.

In retirement, Shirley and Walt were able to travel to Europe, Great Britain, Canada, Asia, Hong Kong, and several USA locations, fulfilling a childhood dream. Walt passed away in September of 1997.

At a church Christmas gathering that same year, Shirley met Carl Gage Taylor. They were married in April of 1998. Carl and she had almost nine years of joy with each other. They were able to enjoy a cruise to the Greek Islands and a long tour of Greece. Carl passed away in 2007.

She was a life-long member of The Church of Jesus Christ of Latter-day Saints, a proud member of the Daughters of Utah Pioneers, the Malad Valley Welsh Society and in California she was a member of the North Hollywood Women's Club. She also attended the local meetings of the Military Officers Association of America until the local chapter disbanded.

Her greats love and source of pride were her children, their families, and her pioneer heritage. Her grandfather, Mormon Nephi Reynolds, was an accomplished stone mason who not only worked on the LDS Salt Lake Temple but also carved several sculptures, many of which still stand in the Ben Lomond Cemetery, North Ogden. She felt truly blessed in her journey of life!

Private graveside services will be held on Thursday, June 3, 2021 at the Reynolds family plot in the Ben Lomond Cemetery, North Ogden, 526 East 2850 North. Dedication of the grave will be conducted by The Church of Jesus Christ of Latter-day Saints. Services entrusted to Lindquist's Ogden Mortuary.