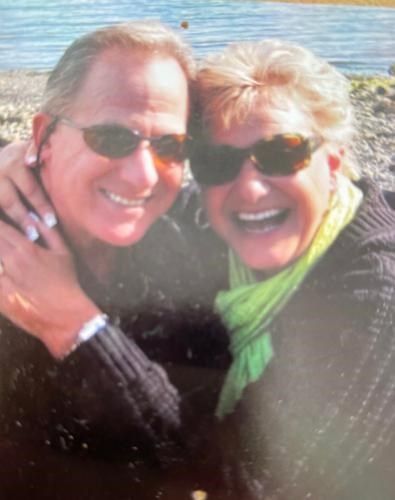 He taught for a time in San Diego as a middle school teacher, later moving back to Bellingham, and working in real estate. A lifelong interest in weight training led to him opening a gym, Steve's Body Firm, where he eventually met the love of his life, and future wife, Judy. After closure of the gym, Steve pursued his other passion, photography, and started his own photography business, which lasted until his retirement.

After meeting at the gym, Steve and Judy were married in Hawaii November 14th, 1988. Together they helped raise Judy's two sons and they travelled the world together with multiple trips to Asia, Europe, Mexico, and many roads trips through the United States. They enjoyed time with their family and friends. Judy's extrovert and social personality were a perfect match for Steve's introverted personality and dry sense of humor.

Steve's interests included target shooting, traveling, nature photography, a love of cats, and the history of the old American west. As a teenager, he became interested in bodybuilding and weight training. That passion would last the rest of his life, and rarely a day passed where he didn't get a workout in.

Steve was preceded in death by his father, Ralph, and his mother, Olive, and brother in law, James Bring. He is survived by his wife Judy (Bring) Peterson, sons Joel (Rainy) Anderson and Jerret Anderson, granddaughters Avery and Finley, and cat Taboo.
Send sympathy flowers to the funeral home, or plant memorial trees in a national forest.
Published by Legacy on May 23, 2021.
Legacy.com reports daily on death announcements in local communities nationwide. Visit our funeral home directory for more local information, or see our FAQ page for help with finding obituaries and sending sympathy.
MEMORIAL EVENTS
No memorial events are currently scheduled.
To offer your sympathy during this difficult time, you can now have memorial trees planted in a National Forest in memory of your loved one.
Funeral services provided by:
Jerns Funeral Chapel
MEMORIES & CONDOLENCES
0 Entries
Be the first to post a memory or condolences.