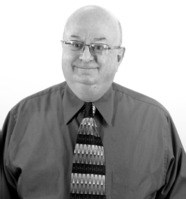 Stuart L. Slade
Stuart L. Slade, a greatly admired and respected man of many achievements, passed away peacefully in Danbury Hospital on Dec. 10, 2020.
Stuart was Director of the Consulting Group at Forecast International in Newtown, CT, a company which provides Market Intelligence for the world's Aerospace/Defense industries. He was also the primary analyst for the company's Warships Forecast and Industrial & Marine Turbine Forecast. In other defense related areas, he wrote United States Strategic Bombers 1945-2012, Littoral Warfare: Ships and Systems, Navies in the Nuclear Age and Multinational Naval Operations. He was also a regular contributor to a number of leading journals on defense-related subjects. With decades of experience in naval warfare and naval systems analysis, Stuart Slade was one of the world's foremost experts in these fields. He was also the successful author of 14 published novels focusing on defense-related subjects.
Stu, as he was known to his friends, was born and brought-up in post-war England and sometimes spoke of those years during which wartime ravages had left their scars upon his country and an orange was a special treat. Perhaps to understand better the genesis of wars he took an early interest in all things military, with a special focus upon world Navies. That interest continued and after graduating from London University with a BS in Chemistry he was employed by the British Royal Navy on many special projects around the world. Stuart come to the U.S. in 1994 and, after spending some years with the publisher of Janes Fighting Ships, was employed by Forecast International, during which time he received his U.S. citizenship.
He was a unique individual who was well-liked and respected by his fellow analysts and employees, not just for his expertise, but for his warm and friendly personality and his keen sense of humor with a British twist. He will be sorely missed by all who knew him, not only for his accomplishments and "Can Do" attitude, but because he was a great American, a patriot, a gentleman and a warm human being.
His is survived by his wife and best friend of many years, Josefa Slade. Because of the pandemic a memorial service will be scheduled at a later date.
Published by Danbury News Times on Dec. 12, 2020.
To plant trees in memory, please visit the Sympathy Store.
MEMORIAL EVENTS
To offer your sympathy during this difficult time, you can now have memorial trees planted in a National Forest in memory of your loved one.
MAKE A DONATION
MEMORIES & CONDOLENCES
14 Entries
God rest your soul Mr. Slade. Thank you for The Big One.
Nick
August 22, 2021
I am at a loss for words still many months later. Stuart was a man of many talents and has made my life richer. He will remain alive in his legacy.
Moritz Narnhammer
August 16, 2021
What a talented writer Stuart Slade was. May he rest in peace.
William Bailey
Other
July 7, 2021
He was a fount of knowledge that never ceased to spring forth. Since first getting to know him over twenty years ago, he provided me with so much information on military history that I don't know where I'd be in that field without him. This was all too sudden.
Collin
Acquaintance
January 8, 2021
Never knew him but his stories were awesome and motivated me to write.
Mark Ciamarra
Acquaintance
December 23, 2020
We worked together for more than 20 years and he could make me laugh so hard! He was a true gentleman, a very kindhearted person and I miss him so much already. My prayers are with you JoJo.
Sharon Grimm
Coworker
December 16, 2020
I always found his works and stories to be interesting and insightful. He was a clever and fascinating person, and I always wanted to meet him. I am saddened to hear of his passing, and that I won't get that chance now.
My condolences to the family
Dan
Acquaintance
December 15, 2020
Your family will be in my humblest prayers. Stuart was an exceptionally fine man, a scholar, a patriot. His passing has created a void in our world, at a time when his wisdom was sorely needed.
Fair winds and following seas my friend.
William Martin
Friend
December 14, 2020
No matter the subject or situation, Stu always had a relatable story. He will be missed.
Larry Dickerson
Coworker
December 14, 2020
Stu was a great guy with a quirky sense of humor that always had us shaking our heads and smiling. He will be sorely missed.
Rich P
Coworker
December 14, 2020
Brilliant author, always had great insight. He will be missed.
Harold Hutchison
Acquaintance
December 13, 2020
Very sad to hear this news, he was a presence in my life for over 20 years and a man who's opinion I always respected.