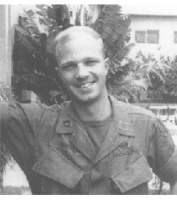 WHEELER--John Parsons III Known to his friends and family as "Jack," died December 31, 2010 at the age of 66, after a life of public service. The cause of death was blunt force trauma inflicted by unknown assailants in Wilmington, DE, close to his home in New Castle, DE. At the time of his death, he was a consultant with the MITRE Corporation. Mr. Wheeler was best known for his Chairmanship of the Vietnam Veterans Memorial Fund, which raised over eight million dollars in private donations and succeeded in getting Congress to approve a site on the National Mall for Maya Lin's controversial design, now known simply as the Wall. Upon its dedication on November 13, 1982, even those who had objected to the design recognized the stunning beauty of the reflective black granite and the healing power of the names. The Memorial came to occupy a "remarkable place in America's collective heart," said Colin Powell. Mr. Wheeler had served in Vietnam as a member of the General Staff at Long Binh Post and was deeply affected by the loss of ten percent of his West Point class and the shabby treatment of those who survived, according to Rick Atkinson whose book The Long Gray Line chronicled the lives of several members of the, class of '66 including Mr. Wheeler. Mr. Wheeler explored the effects of the war in his own book, "Touched With Fire: The Future of the Vietnam Generation in 1984" and in "The Wounded Generation: America After Vietnam" to which he contributed. After the Wall was finished, Mr. Wheeler took on other charitable causes. He was Chairman and CEO of MADD, 1983-88, founding CEO of the Vietnam Children's Fund, an advisor to Support Our Aging Religious, and to Victims of Pam Am 103 on building the Memorial Cairn, dedicated in Arlington Cemetery in 1995. He conceived of and effected the Vietnam Veterans Memorial Collection, a permanent exhibit at the Smithsonian Museum of American History of objects left at the Wall. On a professional level, he was President and CEO of the Deafness Research Foundation, 1997-2001, and a Consultant to the JED Foundation and to Mercy Ships. He also worked in corporate restructuring and served as Special Counsel to the Chairman in the Macy's bankruptcy. Mr. Wheeler was happiest, however, in government, especially military, service. He held positions in the administrations of Presidents Reagan, Bush senior and Bush junior. From 1971-72 he was a Senior Planner for Amtrak. From 1978-1986, he served as Special Counsel to the Chairman and Secretary of the Securities and Exchange Commission, taking off one year during that time to set up the Vietnam Veterans Leadership Program. From 2005 to 2008 he served as Special Assistant to the Secretary of the Air Force where his main focus was standing up the Air Force Cyber Command, the first such Command in any of the services. Being concerned about the separation between the military and civilian worlds with an all-volunteer military, Mr. Wheeler agitated constantly for the return of ROTC to elite colleges, believing it imperative that the country's future political leaders have military experience. A prodigious e-mailer, Mr. Wheeler sent messages regularly to President Faust and Alumni of Harvard. "For many years, decades" he wrote on December 19, 2010, "Harvard and West Point together produced America's best warfighters. And Harvard and West Point graduates fought and led together. OW Holmes Jr for one. Elliot Richardson for another." Mr. Wheeler came by his affection for soldiers naturally. Both his father, John Parsons Wheeler, Jr., and his grandfather were cavalrymen and ancestor Fighting Joe Wheeler, was a hero first in the Confederacy and later in the Spanish American War. Mr. Wheeler, the first of three children, was born in Laredo, Texas to Janet Conly Wheeler. His childhood was spent at various Army Posts before he went to West Point were he was a Distinguished Graduate. He later said that, in trying to decide whether to accept a National Merit Scholarship to Yale or an appointment to the USMA, he chose the latter because he wanted his life to be "useful." Before deployment to Vietnam, he received an MBA from Harvard Business School. After resigning from the Army in 1971, Mr. Wheeler spent a year attending Virginia Theological Seminary, before deciding to go to Yale Law School, after which he clerked for Judge George E. MacKinnon at the US Court of Appeals for the District of Columbia. The breadth of Mr. Wheeler's education served him well even though he spent little time in private law practice and never went into business. In 2008, upon his retirement from federal service after a total of 20 years "in harness", as he liked to say, he was presented with the Air Force Exceptional Civilian Service Award with Bronze Device. The citation ended with this sentence. "The singularly distinctive accomplishments of Mr. Wheeler in the dedication of service to his Country reflect great credit upon himself and the United States Air Force." Mr. Wheeler is survived by his wife Katherine Perrow Klyce, his mother Janet Conly Wheeler, his two children, John Parsons Wheeler IV and Katherine Marie Wheeler, his two step-children, Byrd Schas Chaskes and Meriwther Klyce Schas and sister Janet Wheeler Gilani. He was predeceased by his brother Robert Conly Wheeler. In March, 2011, just three months after Mr. Wheeler's death, Harvard formally announced its plan to welcome the Naval Reserve Officers Training Corps (NROTC) program back to campus. Earlier this month Columbia University followed suit announcing its intention to reinstate the ROTC program. Mr. Wheeler will be interred with full military honors at Arlington National Cemetery. Contributions in his memory can be made to the West Point Fund for the John P. Wheeler III Endowment, West Point Association of Graduates, 698 Mills Road, West Point, NY 10996. This endowment was established to support the Sunday School Program at the West Point Chapel.

Published by New York Times on Apr. 28, 2011.
To plant trees in memory, please visit the Sympathy Store.
MEMORIAL EVENTS
To offer your sympathy during this difficult time, you can now have memorial trees planted in a National Forest in memory of your loved one.
MAKE A DONATION
MEMORIES & CONDOLENCES
Sponsored by Katherine Klyce and Family.
13 Entries
I don't know what made me think of you today so I did a Google search I was very saddened at the results. I remember the day you walked into the orderly room at Franklin Lakes, New Jersey to report for your first day of duty. Godspeed John you were a true American Patriot.
Phillip Schwartz
February 27, 2019
I was so sorry to hear of Jack's death. I remember him well from when we both worked at Shea & Gardner.
Ellen Mahar
May 4, 2011
Dear Katherine:

I read with great sadness of the untimely death of Jack Wheeler. His outspoken and selfless advocacy on behalf of Vietnam Veterans will long be remembered and appreciated. Until we are reunited with those who have gone before us, may our Dear Lord watch over you and the extended Wheeler family.

Tom FitzGerald
Louisville, Kentucky
May 2, 2011
Jack Wheeler was one of our brightest and best at Hampton High School. He was
well liked and involved in many extracuricular activities and a leader
in our school. My heartfelt sympathy
goes out to his family. His light shone brightly at our school and continued to shine brightly through
a very meritorious career. All who knew him were saddened by his passing.
Sincerely, Nancy Harris Stacks
Nancy Harris Stacks
April 30, 2011
Many people in Hampton High School who graduated with John are deeply saddened by his death. God bless him for all his service to our country.
Karen Ashbrooke Linett
April 28, 2011
May God continue to surround you with the love and comfort of family and friends. God bless Mr. Wheeler for his committment and passion of service. May his and his family's legacy live on.
Nicole Powell
April 28, 2011
May the love of friends and family carry you through your grief.
2 Corinthians 1:3,4
April 28, 2011
A candle will burn in HONOR of Mr. Wheeler. May he rest in peace now, pray the assailant or assailants are found.
April 28, 2011
I also did not have the good fortune to ever meet Mr. Wheeler. I just wanted to thank him (and his family) for his service to our country, in his military as well as civilian life. Thank you for your tireless help in securing the beautiful Vietnam Veteran's Wall that we can now enjoy, as well as our future generations. I am so sorry for what happened to you. Thank you so much from an American, as well as grateful Veteran. Susan (Harrell) Whaley (originally from Newark, DE) Sebastian, FL
Susan (Harrell) Whaley
April 28, 2011
I did not know Mr.Wheeler,but am thankful to him for serving our country.May he rest in peace.Deepest sympathies to all of Mr.Wheeler's family.
Lynne Blair
April 27, 2011
I hope all of Mr. Wheeler's family will find some comfort from my grateful heart for Mr. Wheeler's extraordinary service to our nation.

A Mother of a Newly Enlisted Soldier
April 27, 2011
I did not know Mr. Wheeler, but I have followed the story of his last days of life. Hopefully they will find the assailants who caused his death so that they will be punished and that his family will get the peace they so deserve. My thoughts are with you.
Toni Butterworth, Bear, De.
Toni Butterworth
April 27, 2011
I had the fine pleasure being in your presence in the mid 1980s in McLean, Virginia, when you were involved with MADD and other interests. I will always cherish the moment when we saw each other through a glass window on Beverly Road and after my running outside, we embraced. You were a lovely person.
Susan Ciconte
April 27, 2011
Showing 1 - 13 of 13 results