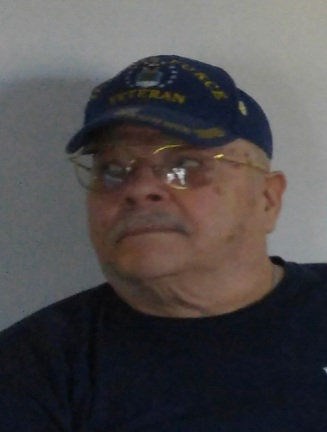 David G. Huff, 80, passed away peacefully Sunday at his home in Schuylkill Haven.

He was born in Pottsville to his parents Harry and Lorraine Huff.

David graduated from Blue Mountain High School and attended Penn State University. He served in the Air Force and worked refueling B-52 bomber aircraft during the Vietnam War. After his military service, David worked for Bendix Corp. as a field engineer until his retirement in 1993. His main responsibility was working with NASA installing satellite communication towers throughout the world. These satellite towers were vital to the American space program. David was an avid skeet shooter and hunter. He was a lifetime NRA member. David was also a longtime member of the Schuylkill County Corvette Club and loved racing in the hill climb races to the Pagoda in Berks County. The activity he loved most was spending time with his family and beloved dogs.

In addition to his parents, he was predeceased by a brother, Richard.

He is survived by his sweetheart of 25 years, Darlene "Dee" Caves; brothers, Sam, husband of Simone, New Port Richie, Fla., Bob, Long Boat Key, Fla.; four nieces and two nephews. He is also survived by his "adopted" daughter, Denise Troutman, wife of Eric Jr. and her sister, Dawn; his "adopted" grandchildren, Lauren, Jarred and Alisa; and "adopted" great-grandchildren, Keith and Dominic. He will also especially miss his fur baby, Sophia.

There will be a viewing from 10 until 11 a.m. Friday, May 14, at Schuylkill Memorial Park Chapel followed by a service with Pastor Bill Wink officiating. Interment will be in Schuylkill Memorial Park following the service. In lieu of flowers, the family requests that donations be made to the Schuylkill County SPCA. Grabowski Funeral Home has been entrusted with the arrangements. Memories and condolences may be shared at grabowskifuneralhome.com.