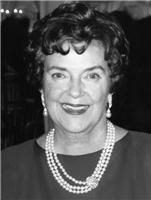 Doris Rigas was born on Feb. 25, 1927, the fifth of nine children, in Penn Yan, New York, in humble circumstances. Her parents were Danish immigrants, her father, Christian, a tombstone engraver, her mother, Charlotte, a housekeeper.

Doris attended the Penn Yan school system, where she graduated in 1945. She was a bright and conscientious student, finishing second in her class and achieving recognition for her excellent performances in plays.

Extremely hard-working her entire life, Doris was determined to be the first in her family to attend college. She paid for her education at Albany State Teacher's College (now the University of Albany) by baby-sitting, waiting on table, picking blueberries, and cleaning homes. Graduating in 1949 with honors in English, Doris carried with her a lifelong belief in the importance of education, which she imparted to her children and grandchildren.

After graduating from Albany State, Doris accepted a teaching position at Wellsville Jr.-Sr. High School, teaching English in the seventh and tenth grades. She was widely respected by her students and colleagues for her enthusiasm, diligence, and caring attitude. She helped produce school plays and advised the junior high cheerleaders. She was also active in the Nancy Howe Players, a community theater group, and played several prominent roles in its productions.

While at Albany State, Doris met John Rigas on a blind date arranged by one of John's fraternity brothers. After dating a few times at school, they renewed their relationship in Wellsville, John's hometown, and on Feb. 1, 1953, they were married at St. John's Episcopal Church in Wellsville in a Greek Orthodox ceremony. Soon after, they moved to Coudersport, Pennsylvania, where they raised their four children and operated their business enterprises. They were married for nearly sixty-two years.

While Doris preferred to remain in the background, she nevertheless played important roles in the family's business ventures. Shortly after marrying, she worked at the Coudersport Theatre selling tickets and candy. As the member of a select group - the wife of a cable television pioneer - she participated in many cable industry events over the years. Although shy by nature, she had a vibrant personality, a beautiful smile, and a robust sense of humor, which made her very popular with fellow cable operators and their families.

In later years, Doris found a niche in helping to design, decorate, and supervise the construction of company buildings. Lacking formal training in architecture or design - but ever the perfectionist - she possessed a keen eye for detail, an innate aesthetic sensibility, and a deep appreciation for superior craftsmanship. She had a large hand in creating many of the most attractive new and restored buildings in Coudersport - including the old public school on Main Street, the old Rexall Drug Store on the corner of Main and Second Streets, and the old Silk Mill on North Main Street - as well as numerous other buildings throughout the country. Doris, along with her husband, also owned and operated Eleni Interiors in Olean, New York.

Doris's overriding love was her family. She devoted her life to her husband, her children, and her grandchildren. She spared no effort or measure of creativity to ensure that each of her children enjoyed a secure, comfortable, and special childhood. Coupling prodigious energy and stamina with high standards, she was often the force behind the family's accomplishments. It was her determined spirit aligned with that of her husband that shaped the family's foundation. Her work behind the scenes at home took large burdens off John and the children, enabling them to pursue their own ambitions and projects. In a crisis you could unfailingly depend on Doris to be brave and strong. Her love for the family was unconditional and profound, in good times and bad.

Doris's devotion to academic excellence led her to take a special interest in her children's education, and she spent countless hours supplementing what they learned in school. Her children's academic achievements - each attended an Ivy League college - were the source of tremendous pride throughout her life.

Doris engaged in a number of hobbies and activities. She worked on March of Dime campaigns, taught Sunday school at Christ Episcopal Church, and participated in the ECW at the Church. A lifetime resident of small towns, she was fortunate to have traveled extensively in the United States and Europe, both with her family and with members of the cable television industry. She liked to cook and bake, often for her neighbors and friends, and to can a variety of fruits and vegetables. Her baked goods - especially her pecan pies - earned a reputation far and wide. She also loved to decorate for Christmas and other holidays, just one example being the extraordinary effort she put into adorning the Coudersport Consistory for the Adelphia Christmas concerts. Doris was an avid reader of novels and loved films of all sorts. Due to the influence of her husband and children, she became an enthusiastic sports fan, adopting their teams - especially St. Bonaventure basketball, the Pittsburgh Pirates, and the Buffalo Sabres - as her own. In later years, her grandchildren's sporting events became a passion, and in fair weather or foul, even as her health declined, she could be counted on to be there.

There will be a private funeral service for family members. At a date yet to be determined, there will be a memorial celebration for the public. The Rigas Family intends to honor Doris by establishing a foundation in her name. In lieu of flowers, contributions in memory of Doris may be made to a charity of the donor's choice. Arrangements being coordinated by the Thomas E. Fickinger Funeral Home, 210 North East Street Coudersport, PA 16915, "A Life Celebration Home". To share your fondest memories of Doris, please visit either www.lifecelebration.com, or John Rigas's Facebook page.
Published by Wellsville Daily Reporter on Dec. 12, 2014.
To plant trees in memory, please visit the Sympathy Store.
MEMORIAL EVENTS
To offer your sympathy during this difficult time, you can now have memorial trees planted in a National Forest in memory of your loved one.
Funeral services provided by:
Thomas E. Fickinger Funeral Home Ltd.
MAKE A DONATION
Please consider a donation as requested by the family.
MEMORIES & CONDOLENCES
Sponsored by Thomas E. Fickinger Funeral Home Ltd..
6 Entries
Sorry for your loss. She was always kind to me. She bought girl scout cookies, band calendars, and everything else that I was selling. May you find peace.
Lisa Cummings Hornung
February 28, 2015
So sorry to hear of your loss. Although I did not know her personally, my husband worked for Adelphia for a time. The loss of a loved one often leaves a void that is hard to fill. Blessings to you as you get through this challenging time.
Charleen Crenshaw
December 30, 2014
My deepest condolences to the Rigas Family.
Phillip Crenshaw
December 30, 2014
Our deepest sympathies for your loss. Hannah and I have such fond memories of Doris, who was so warm and welcoming to us when we lived in Coudersport. Jeremy and Hannah
Jeremy Harris
December 18, 2014
Heartfelt sympathies for your loss.
Don &Judy Johnson
December 17, 2014
May your memories bring you comfort at this sad time. Alexis Kozak
Alexis Kozak
December 14, 2014
Showing 1 - 6 of 6 results