known by many as Dick, passed away peacefully at home on August 26, 2021, at age 75 after a two-and-a-half-year battle with pancreatic neuroendocrine cancer. He was born on June 17, 1946, in Washington, DC, to Charles and Mildred Bild and moved to Albuquerque, NM, in 1951. He is survived by his wife of 47 years, Karen Robinson; son David and wife, Lucy Shaw; infant twin granddaughters, Lily and Ruby; brothers Gary and wife, Pamela, and Charles and wife, Elizabeth; and many other relatives and friends. Richard attended Montezuma Elementary, Jefferson Junior High, and Highland High School in Albuquerque, graduating in 1964. Pursuing his life-long interest in science, he earned a BS in Chemistry from Caltech in 1968 and a PhD in Chemistry from UCLA in 1976 studying the composition of primitive and unusual meteorites. After postdoctoral fellowships at the Max Planck Institute for Nuclear Physics in Heidelberg, Germany, and the Lunar and Planetary Laboratory at the University of Arizona, he returned to Albuquerque in 1978 to work at Sandia National Labs, retiring in 2008 as a Principal Member of Technical Staff following a thirty-year career as an analytical and geochemist, manager of the radioactive hot cell facility for many years, and quality auditor for executive management. He was drafted by the US Army in 1969 and proudly served 21 months, including assignments as a military policeman at West Point, NY, where his duties included directing traffic for Army football games, and as a chemical laboratory specialist in Landstuhl, Germany. He was an active member and volunteer in the Albuquerque community, instilling in others his passions for the great outdoors and natural sciences. As a boy, he was a Cub Scout, Boy Scout, and Explorer, and as an adult was an active Scouter for 28 years with Pack 498 (treasurer and committee member), Troop 444 (many roles including Scoutmaster), and Sandia District (district committee, adult leader training). He received the Silver Beaver award for distinguished service to Great Southwest Council and was a Vigil Honor member of the Order of the Arrow. He won awards at the school, regional, and state science fairs for four years as a student. After returning to Albuquerque in 1978, he judged at the regional science fair for 43 years, most of those as judge category chair and later, judge master chair. He was a soccer referee working city league and later high school games for almost 15 years, retiring only when Scouts began occupying more of his free time. He served as treasurer of the local soccer referee association for several years. Richard was a keen outdoorsman with a deep appreciation and knowledge of New Mexico. He particularly enjoyed the Sandia Mountains, hiking the Pino Trail weekly for many years until earlier this summer and learning to identify the numerous species of wildflowers along the trails. His birding life list counts 172 different species within the state. As a child, he became an avid stamp collector and in recent years visited over 285 towns throughout New Mexico to collect postmarks. He also enjoyed many other hobbies including photography, astronomy, and gardening. A private family interment will be held at a later date. In lieu of flowers, friends are invited to email remembrances or fond stories about Richard to [email protected] to be shared with his granddaughters when they are older. Please visit our online guestbook for Richard at www.FrenchFunerals.com.

Published by Albuquerque Journal from Sep. 5 to Sep. 6, 2021.
To plant trees in memory, please visit the Sympathy Store.
MEMORIAL EVENTS
To offer your sympathy during this difficult time, you can now have memorial trees planted in a National Forest in memory of your loved one.
MAKE A DONATION
MEMORIES & CONDOLENCES
2 Entries
My memory of Dick was that he was always the smartest person in the room and from the wonderful list of his accomplishments, he used that intellect for many worthy, rewarding and adventurous purposes. My best wishes to his family and friends.
Joanne Moses Bagley
School
September 9, 2021 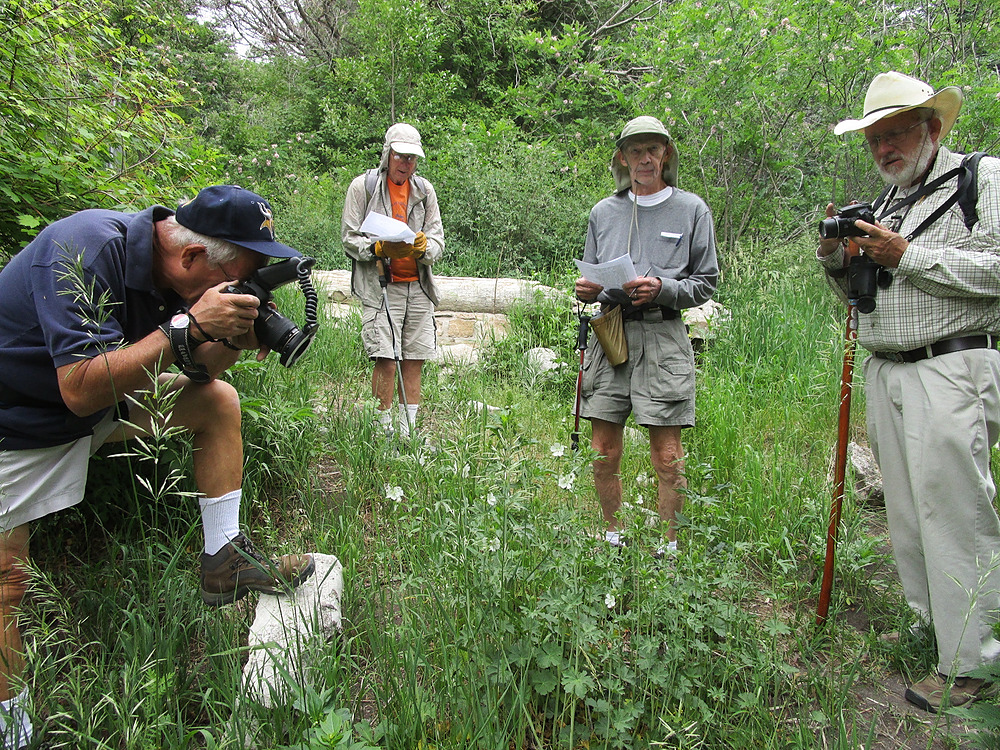 Dear Karen and Family, I am very sorry for your loss. Richard was one of my favorite participants in our many Forest Service Summer Walks in the Sandia and Manzanita Mountains. Even as he experienced difficulty in walking, he would enthusiastically participate in our mutual love of wildflowers and the outdoors. May his eternal rest be as enlightening as his lived life. Will miss you on the trails, my friend!
Vicki Farrar
Other
September 9, 2021
Showing 1 - 2 of 2 results