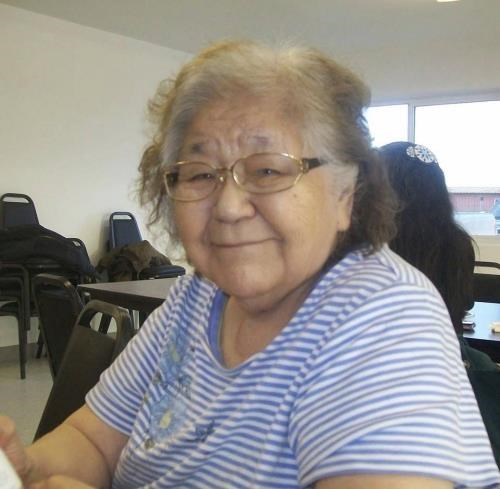 I am so sorry for your loss. Death is never an easy situation. Psalms 9:9 helps us to see that God is a secure refuge for the oppressed, A secure refuge in times of distress. Please rely on Him in this time of need.
N W
December 12, 2016
Vera was much loved and will be sorely missed. Keeping your family in our thoughts and prayers.
December 10, 2016
Rest In Peace, to a Beautiful Soul and Blessing to her family.
December 8, 2016
May God bless you and your family in this time of sorrow.
J
December 8, 2016
Our sincere condolences to the Angasan family. We are honored to know so many of you. May the sweet memory of your mom/gramma/great-gramma be a blessing to you in the years ahead.
George & Heidi Steinberg
December 7, 2016
What a beautiful legacy. Condolences.
Joy Crow
December 7, 2016
Love you gram!
Dorena Angasan
December 7, 2016
Condolences to her family, love and prayers, also.
Agraphina Ward
December 7, 2016
Our sincere condolences to the angasan family . Love you all.
Henrietta Hogue
December 7, 2016
Gram-Vera will be missed by many she touched so many lives. She was always helping and offering people food if they were in need or hungary. Rest Easy Gram, love you and will miss you more than ever. Love you
Lydia
Lydia Emory
December 7, 2016
For all my life there were constants in my Naknek, one f these was Vera Angasan.I remember as a child my Mother taking us over to South Naknek in her old wooden skiff to visit the Angasans. The Angasans and Andersons were the first families of Naknek and South Naknek and the Angasans were the biggest with 10 children, Vera ruled their home with a glance or a gentle smile that warmed their home. I am pleased to say I grew up under her smile and she commented that my Mother was her best friend.. Rest now Vera you deserve it, as does the other elders that guided us to where we are today..
Norman (Nickilio) Anderson
December 7, 2016
Our heartfelt condolences to the family. The strength from God can sustain you through this difficult time. May your loving memories of the times you shared bring you a measure of comfort now and in the days to come.
December 7, 2016
My condolences to the family. Vera's input helped me get through grad school. I'll be forever appreciative of her patience.
Mary Anne Wilson
December 7, 2016
Showing 1 - 18 of 18 results