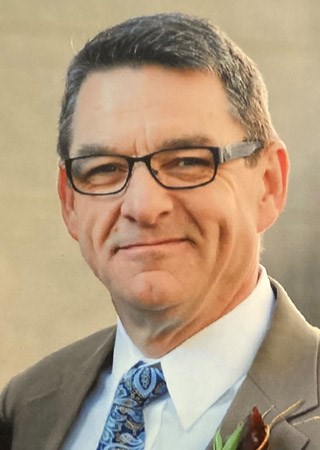 SKANEATELES - Jack Matson, 63, of Skaneateles passed away in the early morning of October 16, 2021. He was a man of integrity and grit who loved his family fiercely.

He was born in Poughkeepsie, NY, spent his childhood in Norwalk, CT, and moved to Skaneateles, NY in 1972. Jack was a member of the Skaneateles High School class of 1975. He received his undergraduate degree from SUNY Brockport and went on to earn his MBA from Michigan State University. Jack was employed by Erie Materials as the Senior Vice President of Human Resources. He had a successful career in human resources that spanned over 40 years, a career he planned to retire from in December of this year. He was highly respected in the field of human resources for his excellence. Jack taught business courses at Syracuse University, and was a published author on topics of HR.

Jack gave 110% to everything he did. He was a passionate man who cherished his family above everything. Whether it was coaching his grandsons' baseball games or being the orchestrator of family holiday traditions, Jack's family always came first. Jack had the ability to carry on a conversation with anyone, and make that person feel like the most important person in the room. He was cherished by his wife, children, and grandchildren. His advice and ability to reason through any problem will be sorely missed.

In lieu of flowers, please consider donating blood as often as you can to help save the many people in need of a blood transfusion. Also please consider making a donation in his memory to the Food Bank of CNY, 7066 Interstate Island Rd., Syracuse, NY 13209.

Published by The Citizen on Oct. 19, 2021.
To plant trees in memory, please visit the Sympathy Store.
MEMORIAL EVENTS
Oct
19
Calling hours
9:45a.m. - 11:15a.m.
St. Mary's of the Lake Church
81 Jordan St., Skaneateles, NY
Oct
19
Funeral Mass
11:30a.m.
St. Mary's of the Lake Church
81 Jordan St., Skaneateles, NY
Oct
19
Burial
St. Mary's Cemetery
Skaneateles, NY
Funeral services provided by:
Pettigrass Funeral Home
MAKE A DONATION
MEMORIES & CONDOLENCES
Sponsored by Pettigrass Funeral Home.
10 Entries
Thoughts and prayers for the Matson family. Greatest respect for Jack as a professional and as a friend. Will always remember his kindness and fairness.
Neil C. Woodworth
Friend
October 28, 2021
May the love of friends and family carry you through your grief. I am so deeply sorry to hear of Jack´s passing while living out of state.
Rosemary Cholette
Other
October 26, 2021
As the days and weeks pass, and as you return to life's routine, may you continue to feel comforted by the love and support of family and friends.
Marchael Heitmann
October 25, 2021
I was so surprised to hear of Jack´s passing just this morning. I am so sorry for your loss. May Jack Rest In Peace and rise in glory.
Dawn Janis
Work
October 24, 2021
We were saddened to hear of Jack's passing. We worked with Jack at TRW. He was such a great guy & will surely be missed by all who knew him. Our thoughts & prayers are with his family. May god bless you all.
Kevin & Joanie DeChick
Work
October 23, 2021
Sorry for your loss Don and family
Raymond E Decker
October 22, 2021
Jack had a real knack, for being a non judgemental and fair person. His kind voice and unpretentious demeanor set him as a stand out. I loved cheering for him as he wrestled for SCS. Many, I am sure are devastated by his passing. Just remember all the love he possesses for you, and live in his image, as I am sure this is what he would certainly hope as his legacy.
Gwendolyn Holbein
Friend
October 20, 2021
I worked with Jack at SU, he was amazing at his job. It was a pleasure working with him. My sincere condolences to his family and current co-workers.
Lynne Mowers, SU Food Services
Work
October 19, 2021
I was very sorry to read of the passing of your relative, friend and coworker.
[email protected]
October 19, 2021
Jack was my supervisor at Syracuse University and is one of the best people I have ever worked with. He always made me feel at ease and was such a great person I´m sad to hear of his passing. Sending prayers for comfort to his family
Tami Mallery Lebron
Work
October 19, 2021
Showing 1 - 10 of 10 results