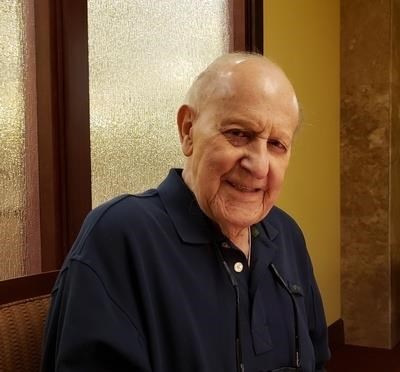 Phoenix - Paul Eugene Buchli, or "Gene" as he was known by his friends, passed away on August 12. He was 90 years old. A well known valley architect, his firm P.E. Buchli Architects, was noted for the design of corporate office complexes, medical facilities, schools, public buildings, elderly housing facilities, and multi-family housing complexes. He was registered with the National Council of Architectural Boards, a member of the American Institute of Architects, and the Construction Specialties Institute.

Gene was born on July 10, 1929, in Shelton, Connecticut. He attended public schools there, and completed his undergraduate engineering studies at the University of Connecticut. His graduate studies were completed at Yale University, where he received his architectural degree. During the Korean war, Gene spent his three years in the U.S. Navy as a Facilities Planning Officer in Washington, D.C. .

In 1959, Gene, wife Louise and son David put down roots in Phoenix. Gene's one-man office soon expanded, doing projects in Arizona, Texas, New Mexico and California. His designs for both the Arizona Sand & Rock office and production complex, and the R. Holmes Headquarters building were cited in the publication Architectural Record.

Gene's interests included yearly trips with Louise to many global destinations, fishing, playing tennis, collecting paintings and sculpture, music, dancing, playing cards, sports cars, photography, dogs, bird watching and nature. Gene was also interested in the governance and workings of his community of 40+ years, Clearwater Hills, where he served as a member of the Board of Directors.

In his later years, Gene lived at the Terraces of Phoenix, a wonderful retirement community. There he was very active and served as a member of the Board of Directors, Resident's Council, and Foundation. One of his many close friends at the Terraces introduced him to contract bridge, and he was soon hooked. He met a fellow resident, the late Laura Birmingham, who became his very dear friend and constant companion.

Gene was preceded in death by his wife of 42 years Louise. He is survived by his son David, (Susan Drebitko) of Scottsdale, AZ; his sister in-law Jean Far of Shelton, CT; nephew Chris Far, (Marianne) of Shelton, CT; and niece Christine Showalter, (Doug) of Plymouth, MA.

Published by The Arizona Republic on Aug. 18, 2019.
To plant trees in memory, please visit the Sympathy Store.
MEMORIAL EVENTS
To offer your sympathy during this difficult time, you can now have memorial trees planted in a National Forest in memory of your loved one.
Funeral services provided by:
Messinger Mortuaries
MAKE A DONATION
MEMORIES & CONDOLENCES
Sponsored by Messinger Mortuaries Pinnacle Peak Mortuary.
0 Entries
Be the first to post a memory or condolences.