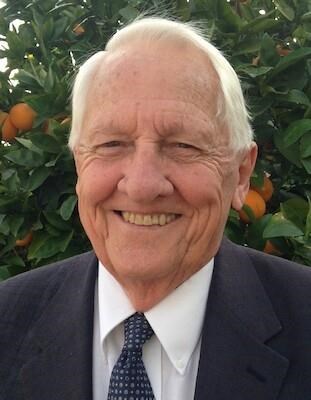 Mesa - William Bradford (Brad) Perkinson, 88, passed away peacefully at his home in Mesa, Arizona, on Thursday, July 15, 2021, surrounded by his loving wife and children.

Brad was born in Onarga, Illinois, on August 13, 1932, to Pearl Colebank and William Robert Perkinson. His family owned and farmed land in Goodland, Indiana, and Onarga, Illinois, where he grew up learning how to work hard and become self-reliant. The lessons Brad learned, and the characteristics developed, during his early years prepared him to become a successful husband, father, businessman and disciple of Jesus Christ throughout his life. During the Korean War, Brad served in the United States Army and was stationed in Sapporo, Japan. Following his military service, Brad graduated from Arizona State College (ASU) in 1957, where he met his true love Pauline (Pauli) Udall.

Brad worked in the Financial and Insurance Services industry until 1972, when he purchased an engineering photography and printing business with his brother, Bob Perkinson. He worked the rest of his career in the printing and graphics industry, owning businesses in Phoenix, Arizona, and Albuquerque, New Mexico. Brad loved to work. Even more, he loved teaching his children and grandchildren the value of work.

Brad and Pauli celebrated their 63rd wedding anniversary on June 28, 2021. Before marrying Pauli, Brad joined the Church of Jesus Christ of Latter-day Saints. One year later they were sealed in the Mesa Temple. Brad remained a faithful member of the Church throughout his life. Brad learned early in his life that when he was serving others, he was serving God. He served in many capacities in his community and in the Church, including twice as a Bishop. In 2001, Brad and Pauli served a mission for the Church in Washington, D.C.

Brad served for 25 years in various capacities in the Mesa Temple, including as a Sealer since 2001. Words cannot describe the love and reverence Brad had for the ordinances and covenants taught in the Temple. One of Brad's young granddaughters once said while passing the Temple, "That's where my grandpa lives."

Visitation will be held on Friday, July 23, 2021, at 5-7 pm at the Citrus Heights Stake Center, located at 2549 N. 32nd Street in Mesa, Arizona. Funeral services will be held the following morning on Pioneer Day, July 24, 2021, at 9 am at the same location. The funeral service will also be broadcast via this Zoom link https://zoom.us/j/92312400900. Bunker's Garden Chapel will assist the family with arrangements and services, for which the Perkinson Family is very grateful. The family also expresses special thanks to Hospice at Home of Arizona.

In lieu of flowers, please consider donating to one of Brad's favorite charities, a few of which are listed below. Thank you for your love and support.


To plant trees in memory, please visit our Sympathy Store.
Published by The Arizona Republic from Jul. 19 to Jul. 23, 2021.
MEMORIAL EVENTS
Jul
23
Visitation
5:00p.m.
Citrus Heights Stake Center
2549 N. 32nd Street, Mesa, AZ
Jul
24
Funeral service
9:00a.m.
Citrus Heights Stake Center
, AZ
MAKE A DONATION
Please consider a donation as requested by the family.
MEMORIES & CONDOLENCES
5 Entries
Bob and Family, Sending you my heart felt condolences upon hearing that Brad had passed. You and Brad were so supportive of me as a young professional and I have never forgotten what that meant to me. Brad for sure gave me lots of ideas but also lots of appreciation. Brad helped set me on a path about good business practice. I know his memory will be a blessing for all who he touched and for your entire family. Wishing you great health. Mo
Mo Stein
Friend
July 24, 2021
We send our love and express our deepest condolences to Polly and our Perkinson friends. I had the blessing of serving in the Bishopric with Brad for several years in the Mesa 33rd Ward. He was a true example of Service and love to everyone. He taught me to have a love for Temple worship and service. He used to tell me that he had a goal to attend the temple once a week. He said he knew the Lord would bless him and he would be protected from wavering by going to the temple often. Again much love to all the Perkinson family. Paul and Cindy Kunz
Paul Kunz
Friend
July 24, 2021
Brad was my Bishop and his children my friends. I loved his smile and warm embrace. His leadership and friendship with my family was very much appreciated. I´m grateful for his life on earth and offer my condolences to his family.
Susan Tucker Hironaka
Friend
July 24, 2021 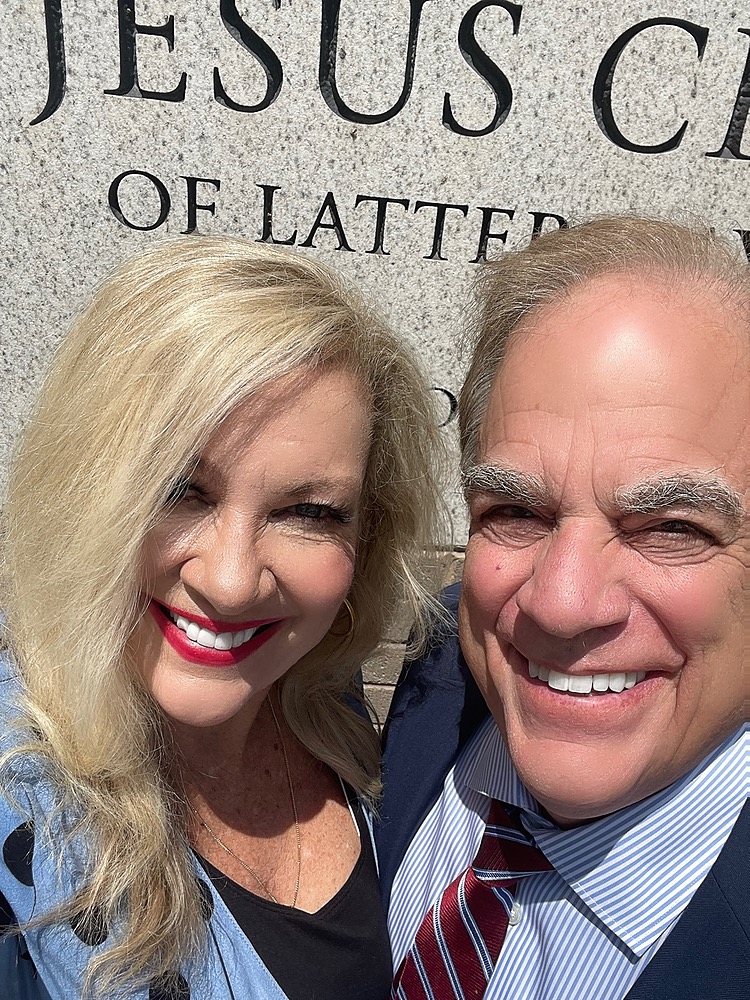 We love you Aunt Pauli. We loved our Uncle Brad, the last of our family´s great patriarchs. He lived and loved the gospel. He adored his family. He influenced my life for the better in so many ways. We´re so grateful for him and his life. We´re praying for your wonderful family.
David and Laurel Udall
Family
July 20, 2021
Our deepest condolences to your family and Aunt Pauli Perkinson. Uncle Brad was one of a kind. He had such a tremendous influence on my life. He was strong in the gospel of Jesus Christ. He lived his religion. He took such good care of Aunt Pauli. He loved his family to the core. He will be sorely missed but we know he will be watching over all of his great posterity. I will miss his happy smile and his radiant, blunt personality. I will miss our dinners at Mexican restaurants. Until we meet again.
David & Laurel Udall
Family
July 20, 2021
Showing 1 - 5 of 5 results