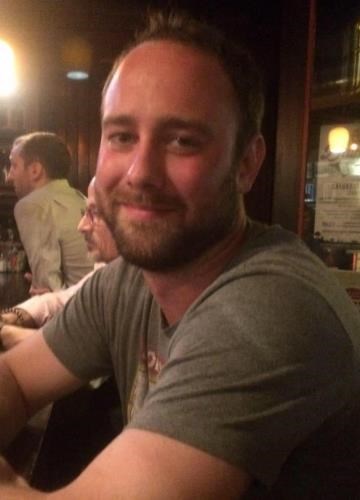 BORN
1985
DIED
2021
Andrew Burton Smith, former Annapolis resident, died suddenly on August 3, 2021. Born on December 1, 1985 in Baltimore, Andrew grew up in Annapolis. A gifted athlete, Andrew swam for Heritage in the Greater Annapolis Swim League in the early-mid 1990s and played baseball and soccer in Annapolis leagues through elementary school. In high school, he played varsity lacrosse for four years and was a two-year soccer starter for Annapolis High School. His true sport, however, was wrestling: Andrew joined Navy Jr. Wrestling in 1995 and competed for five years. In high school, Andrew was a four-year varsity wrestler at Annapolis, three-time regional champion, two-time Anne Arundel County champ, placed fourth and fifth at Maryland State Championships with a career record of 117-13. Andrew went on to wrestle at Franklin & Marshall College in Lancaster, PA where he wrestled for all four years in a Division 1 wrestling program. In his senior year, he lost his position in his weight class to a freshman so when the position at the next higher weight class opened, he took it. After 12 years of wrestling, this was the first time that he didn't have to cut weight. After graduating from college with a bachelor's in English Literature, Andrew briefly lived in Annapolis before moving to Baltimore where he would spend much of his adult life. Here, his love of sports bloomed in a new way with community teams like kickball and touch football. Over the years, Andrew worked in finance at various companies including SmartLink, Stoli Group USA, and most recently Maxim Healthcare. Andrew was pursuing his MBA through the University of Baltimore. Andrew was a lifelong Orioles fan and followed the Ravens from their inception. He was a good sport about cheering for the Washington Nationals when he would take his dad on their annual pilgrimage to DC. An English major, Andrew loved to read and was a talented writer. He played tennis and golf, and enjoyed spending time with his girlfriend, Elizabeth. Andrew was hilarious and quick-witted and will be remembered for his larger-than-life personality. He was known among friends and family as being a "brilliant intellectual foil" and loved to debate politics-more often for the fun of arguing than to prove a point. And, because his family now gets the final say: let the record show that Andrew was a cat lover and sometimes visited his mother just to cuddle her two felines, Lucy-fur and Sophie. Andrew is survived by his mother, Sherrie Burton Smith of Annapolis, his sister, Lindsay Smith Rogers (Nate) of Baltimore and numerous aunts, uncles and cousins. He is predeceased by his father, Robert Richardson Smith who died in February 2020. Andrew will be interred by family at a private burial service at the First Presbyterian Church of Annapolis. A Celebration of Life will be held in Annapolis on September 25. In lieu of flowers, donations made be made in memory of Andrew to the Volo City Foundation here: https://play5k.volocityfoundation.org/team/ForAndrew
Published by The Capital Gazette on Sep. 5, 2021.
To plant trees in memory, please visit the Sympathy Store.
MEMORIAL EVENTS
To offer your sympathy during this difficult time, you can now have memorial trees planted in a National Forest in memory of your loved one.
MAKE A DONATION
MEMORIES & CONDOLENCES
0 Entries
Be the first to post a memory or condolences.