Charles was a native of Putnam, CT, and current resident of Asheville, NC, for more than 15 years. He was a son of the late Edith Elizabeth and Charles Eldredge Stoddard, Sr.

He was a graduate of Putnam High School and a proud alumnus of University of Connecticut, continuing to watch women's basketball games and frequenting the UCONN Dairy Bar for chocolate milkshakes. He saved middle and high school graduation programs and Christmas and birthday cards from his siblings, grandchildren and friends. Traveling to Germany over 8 times was his passion, which resulted in his being fluent in German. German, Latin, and most recently French were some of the many languages he learned while attending UNCA. Charlie, Eldredge, Grampa or Papa will be remembered as a master bridge player, avid golfer, lover of horticulture - especially beech trees - charitable giver, Central Connecticut librarian, mentor and lifelong learner. He enjoyed eating hotdogs and beans with vinegar and ketchup, stewed tomato casserole with lots of cheddar cheese, mushroom soup, Rum Raisin ice cream and anything sweet. Charles would never pass up an opportunity to visit a Dairy Queen, park, or Spades card game. Charles had a passion for life, was a free spirit, and had a terrible habit of never showing up on time, but he was loved and will be forever missed.

His family will receive friends in Asheville on Wednesday, January 8, from 2:00 to 4:00 p.m. at Groce Funeral Home on Patton Ave.

His family will receive friends in Connecticut on Saturday, January 11, from 2:00 to 4:00 p.m. at Gilman Funeral Home in Putnam.

In lieu of flowers, memorials may be made to the Asheville Bridge Club, Attn: Paul Beebe, Room 800 Fairview Rd. #C1, Asheville, NC 28803.

Charlie would have wanted to say goodbye, Au Revoir, Auf Wiedersehen, until we meet again.

The online register is available at www.grocefuneralhome.com.

Published by Asheville Citizen-Times from Jan. 6 to Jan. 7, 2020.
To plant trees in memory, please visit the Sympathy Store.
MEMORIAL EVENTS
Jan
11
Visitation
2:00p.m. - 4:00p.m.
Gilman Funeral Home
Putnam, CT
Funeral services provided by:
Groce Funeral Home - West Asheville
MAKE A DONATION
MEMORIES & CONDOLENCES
Sponsored by Groce Funeral Home - West Asheville.
11 Entries
I worked for many years at Southern Ct. State Univ. with Charles. We were known to take small bits of some afternoons off on 1/4 vacation days to play golf. When I retired to Hampton, NH, where I still live with my wife, for years, I would drive down once a week to meet Charlie at a CT golf course -- Airways near Bradley Field was our easiest to play, but his favorite I think was Stonington Golf Course, lots of pretty holes. We also played in Thompson near to the old auto race track. Charles had no fear, if a group of tough guys were ahead of us, to just walk up to their tee and saying, "Guys, we are playing through." Somehow, we never got killed. On those trips to CT, I visited my relatives graves in Danielson south of Pomfret, so those trips to see Charles were very enjoyable. The one bridge story he told me that shook me - he was sitting during the late morning maybe near a Hartford senior center when a car came crashing into the room and I think killed a person sitting at the next table. I bet he blinked his eyes twice and then kept playing. The last time we met to play in CT, he told me he had a new girlfriend. I think I asked if she was in her late 50s, and he laughed, "No, Thomas, she is 80 years old -- what do you think of THAT!" I always pictured him so young, a person it was a great pleasure to be around.
Tom Clarie
Friend
July 20, 2020
Dear Susan and David, Just today we found about the sudden passing away of your Dad ----Charles--a splendid person, linguist, librarian, bridge player, golfer and lover of plants and gardens!! I will miss forever reminiscing in German about milkshakes, etc at the Dairy Bar! Best wishes---Richard and Jayne
Jayne and Richard Nicki
Friend
January 17, 2020
We just learned today .....as we live far away in New Brunswick , Canada...of the unexpected death of our dear and wonderful friend, Charles. He was a close friend of Richard from their days together at UConn, and we have always stayed in touch all these years, spending time together when our children were young.
I met Charles when we got married and have always cherished having a friend so full of life. He was a true enthusiast . Everything he did , he did with his whole heart and soul and drew his friends into his
passions as well. We were never golfers but certainly shared bridge stories.
Our thoughts and prayers go out to all family and other friends. We loved Charles like a brother. He was one of a kind, and there will always be Charlie/ Charles stories to tell.
In sorrow,
Richard and Jayne
Richard and Jayne Nicki
January 17, 2020
To the Johnson and Stoddard families, and all that loved him,

I was so sorry to hear the news. My thoughts and prayers go out to all of you. May you find joy and comfort through the memories and time you shared with him. Lay your head down and RIP Charlie!
Gregory Johnson
January 10, 2020
My dear friend Sue. I am so sorry to hear your Dad passed. I was always envious of his travels and everything he accomplished. My thoughts are with you during this difficult time. Marcia
Marcia Roy
January 10, 2020
Many happy memories of Charlie as librarian at Edna Stevens School in Cromwell. He was a joy to work with sharing his love of books with every child he came in contact with. My thoughts and prayers are with you, Susan and David. Barbara Spada
January 9, 2020 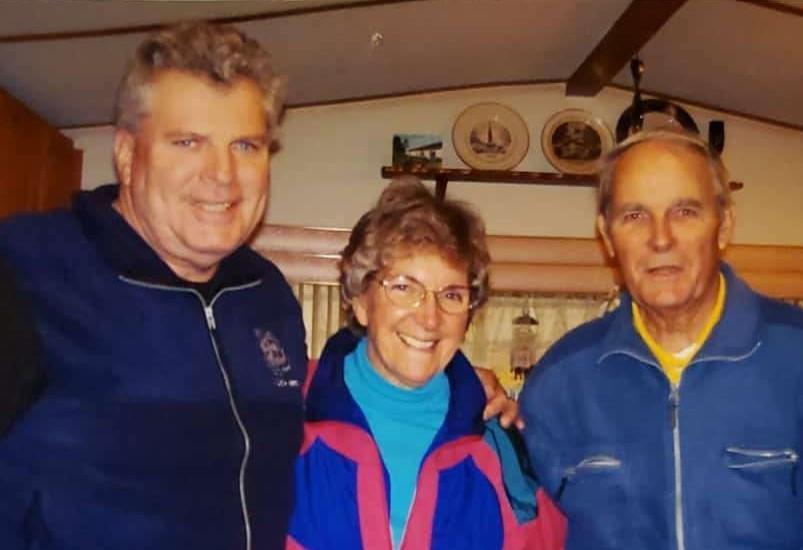 Sorry sorry to hear of Cousin Eldridge's passing. I will miss hearing about his adventures, travels and his wonderful outlook on life. We always looked forward any news from him. Sincere condolences to the family. Ruth & Bob Brewster, Port Orange, FL
Ruth & Bob
January 9, 2020 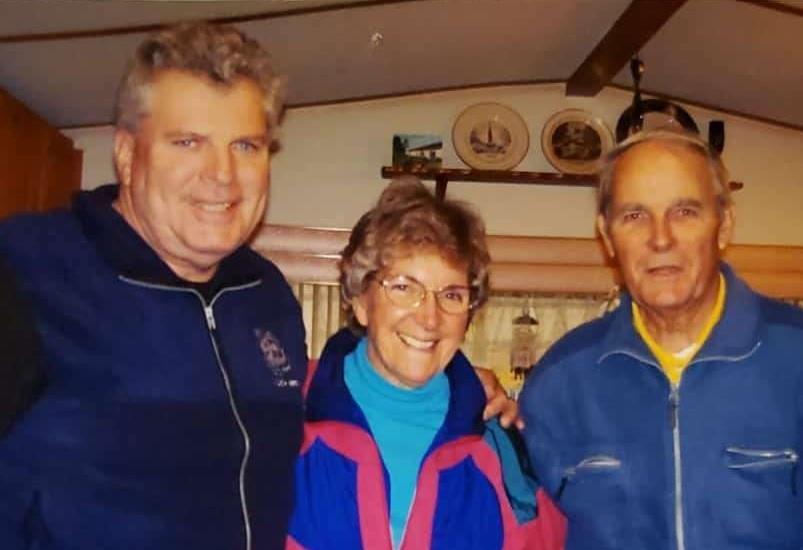 Ruth & Bob Brewster
January 9, 2020
Oh Charlie! You will be missed, saddle shoes and all. I will always remember you, sitting at a bridge table with a novel (in German) in your hand. You were a character, and the world needs more characters. RIP
Kathie Schmidt
January 8, 2020
Joe & Cecile, So sorry for the loss of your brother. May you find Peace and Comfort in all your memories and in our LORD JESUS CHRIST.
GOD BLESS.
Gary & Barbara Ayers
January 8, 2020
I am so sorry to hear this. Charlie was a good friend and patient bridge player to my Mom, Judith Smith. He also was very kind to my youngest son and took him out golfing when he was much younger. I am happy that my Mom was able to see him and play bridge with him this past December. She will always remember him fondly. She sends her sympathies to his family.