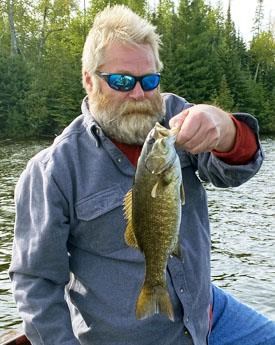 BORN
1960
DIED
2021
FUNERAL HOME
Yurs Funeral Home of Geneva
1771 W. State Street Geneva
Geneva, IL
GENEVA - David P. Morris, born February 4, 1960, in Geneva, IL, to Paul and Martha Morris, passed away unexpectedly on Tuesday, August 24, 2021, surrounded by close family. Growing up David spent summers at Camp Augustana on Lake Geneva working on the grounds and enjoying time to go boating and fishing. After high school David worked as a land surveyor and enjoyed spending time riding his motorcycle. He would always enjoy telling you about his rides with friends to California and Canada. David met Sheila (Vincent) while she was working the drive-thru at the State Bank of Geneva and said to his friend that he was going to marry her someday. That dream came true seven years later, on September 12, 1987. David worked for the City of Geneva as the City's Engineer Tech for 30 years and retired 2 years ago to enjoy the ability to take longer vacations fishing in the Northwoods and spending time sitting on the back patio. He enjoyed when people would stop by and visit. He believed you should retire as soon as you could to enjoy life. David had a love of fishing. David and Sheila spent at least two weeks every Memorial Day and Labor Day at a cabin on the Cisco Chain of Lakes in the Upper Peninsula of Michigan every year fishing. They even went fishing in Canada for their honeymoon. Fishing for him was a time to relax and spend time with Sheila, friends, and family. Sitting on the deck at the house you would see his favorite poem, "I pray that I may live to fish until my dying day; And when it comes to my last cast; Then I humbly pray; When in the Lord's great landing net, and peacefully asleep; That in His Mercy, I be judged - Big enough to keep!" David was always a simple, quiet, and reserved person who cared about everyone he interacted with. Everyone who knows him probably has a story about something he did for them without wanting thanks or recognition. Even during his last days, he made sure to buy donuts for the nurses that cared for him. In addition to his wife, Sheila, he is survived by his brother, Phillip (Eleanor) Morris; mother-in-law, Carlene Vincent; as well as many brothers-in-law, sisters-in-law, nieces and nephews. He was preceded in death by his parents; one sister, Melodee; father-in-law, Coy; and his two Rottweilers, Bully and Rocky. Visitation will be Friday, August 27, 2021, from 3-7 pm at Yurs Funeral Home, 1771 W. State Street, Geneva, IL 60134. A funeral service will be held on Saturday, August 28, 2021, at 3 pm also at Yurs Funeral Home. All guests for the wake and funeral should dress casually. David would expect nothing more than people to come as you are and be comfortable. For further information, call Yurs Funeral Home, Geneva, 630-232-7337 or www.yursfuneralhomes.com.