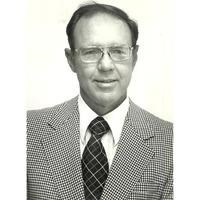 BORN
1931
DIED
2021
FUNERAL HOME
Sam Houston Memorial Funeral Home of Montgomery
20850 Eva St.
Montgomery, TX
Jeff Clinton Buie
1931-2021
Jeff Clinton Buie, age 90, passed away peacefully on September 4, 2021. He was born in Tyler, Texas to W.O. Buie and Mary Etta Hudgins Buie on February 24, 1931. His father passed away before he was two years of age. At age 7 he moved into the Methodist Children's home in Waco, Texas where he was raised until the age of 18 and became a distinguished graduate and honored alumnus. He went on to graduate from Texas A & M University in 1953 with a degree in Petroleum Engineering. He was in the Cadet Corps and received a commission of 2nd Lieutenant in the U. S. Air Force and was stationed in Kuma Shima and Okinawa. After 4 years of active service in the Air Force, Jeff went to work for Texaco, Houston Natural Gas and Enron. At the time of his retirement in 1990, he was a Senior V.P. of Enron Gas Marketing Inc. and later became a consultant in the oil and gas industry. Jeff is preceded in death by both parents, his loving wife of 47 years, Floretta Anne Greiner Buie, brother Weldon Oscar Buie (Inez), and sister Mary Thomasine Berg (Eric Berg). He is survived by his three children, Carrie Marie Dyer (Richard), Mary Lynn Gropp (Ronald), and Jeffrey David Buie (Paulette). Grandchildren - Brandon, Nick, Kristen, Ashley, Amy, Jeff and Corinelise; and best friend, Le Laine "Laney" Whiteman and her family. He enjoyed golf, fishing, hunting and the activities of the April Sound Tuesday Touchdown Association which he started. But most of all, he enjoyed spending time with family and his much adored and high achieving grandkids.
Per his request, there will be no service but rather a gathering of family to celebrate his life and his ashes will be spread in the Gulf of Mexico. You may leave written condolences at www.shmfh.com
Published by Houston Chronicle on Sep. 10, 2021.
To plant trees in memory, please visit the Sympathy Store.
MEMORIAL EVENTS
To offer your sympathy during this difficult time, you can now have memorial trees planted in a National Forest in memory of your loved one.
Funeral services provided by:
Sam Houston Memorial Funeral Home of Montgomery
MAKE A DONATION
MEMORIES & CONDOLENCES
Sponsored by Sam Houston Memorial Funeral Home of Montgomery.
0 Entries
Be the first to post a memory or condolences.