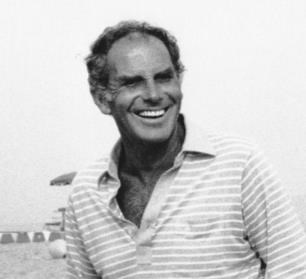 September 3, 1930 - August 19, 2019 Jim passed away August 19, 2019, just 2 weeks shy of 89, at his residence in Woodland Hills, California, where he lived with his wife Marlene Alexander. They were married for 63 wonderful years. Jim was born in Los Angeles and lived in the LA area for the remainder of his life. After high school, in 1948 Jim joined the United States Army and advanced to Sergeant as a communications specialist. He then followed in his father's footsteps, Gerald W. Alexander, working in the movie industry, advancing to become one of the best production Sound Mixers of his time, for a career of 65 major motion pictures, collecting two Academy Award nominations in America and one in Britain along the way. In his free time he enjoyed his cars and rode both on and off-road motorcycles until about 80 years old. He is survived by his wife Marlene Alexander and 5 children: Craig, Chris, Alicia, Curt and Maria Alexander, 10 grandchildren: Riley Alexander, Justine Soleimani, Carly, Kirsten, Kaitlin, Sean, James and Grace Alexander, and Alexandra and Brandon Loulias, and 3 great-grandchildren: Jacob, Benjamin, and Emma Alexander. Jim's life was centered with family and friends and he will always be missed and never forgotten.
Published by Los Angeles Times from Aug. 31 to Sep. 1, 2019.
To plant trees in memory, please visit the Sympathy Store.
MEMORIAL EVENTS
To offer your sympathy during this difficult time, you can now have memorial trees planted in a National Forest in memory of your loved one.
MAKE A DONATION
MEMORIES & CONDOLENCES
2 Entries
Marlene and family, so very sorry to hear of Jim's passing. We fondly remember the great neighbors and dock neighbors you and the entire family were at Lake Arrowhead. Sending our sympathies, prayers and love to Marlene and all. Jim
Jim Ashby
February 9, 2020
Heartfelt condolences to the family. May God give your heart peace and comfort.
August 31, 2019
Showing 1 - 2 of 2 results