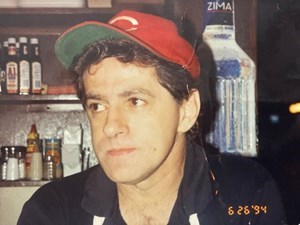 ABOUT
Arsenal Technical High School
FUNERAL HOME
Newcomer Funeral Home - Indianapolis
925 East Hanna Avenue.
Indianapolis, IN
Indianapolis – John Francis Tucher, 75, passed away at 6:10 PM on Tuesday, August 31, 2021 at Indiana University Health Methodist Hospital in Indianapolis, IN. He was born to the late Anthony and Catherine (Choat) Tucher on October 16, 1945 in Beech Grove, IN.
John graduated from Arsenal Technical High School, class of 1964. He was inducted into the United States Army on March 3, 1964 in Indianapolis, IN and honorably served his country during the Vietnam War. John was a marksman and was honorably discharged on March 2, 1966 at Fort Ord a former Army base in California. He completed Modern Litho Arts apprenticeship program and became a journeyman printer. Later on in life he worked as a cook.
Early on in life, a hobby of John's was playing basketball. He was an avid IU basketball fan and enjoyed watching all sports, learning about the athletes and memorizing their stats. He loved his family deeply and showering them in gifts. John especially loved spending time with his nieces and nephews. The children loved family gatherings because John handed out golden dollars and two dollar bills.
He is survived by his siblings, Patrica Tucher, Vince (Angie) Tucher, Kathy (Larry) Sebastian, Kevin Tucher, Linda (Alan) Brown, Brenda (John) Parks and Rick Tucher; many nieces and nephews; as well as a host of great & great-great nieces and nephews. In addition to his parents, John was preceded in death by his sister, Donna Melloh, brother, Joseph Tucher and sister, Mary Potts.
Guest may visit from 11:00 AM – 1:00 PM on Thursday, September 9, 2021 at Newcomer Cremations, Funerals & Receptions, 925 East Hanna Avenue, Indianapolis, Indiana 46227. The funeral service will follow at 1:00 PM with Pastor Juan Carreon officiating. Burial will take place at Concordia Cemetery, 2703 South Meridian Street, Indianapolis, Indiana 46225. A reception catered by Chicago's Pizza will be held immediately following the burial at the funeral home. John loved to meet family at Chicago's and would also be happy to pay for whoever could come.
Please continue to support John's family during this difficult time by clicking the "Share Memories" icon above and share your thoughts, memories and prayers.
https://view.oneroomstreaming.com/authorise.php?k=1631207835135759
Published by Newcomer Funeral Home - Indianapolis on Sep. 7, 2021.
To plant trees in memory, please visit the Sympathy Store.
MEMORIAL EVENTS
Sep
9
Visitation
11:00a.m. - 1:00p.m.
Newcomer Cremations, Funerals & Receptions
925 East Hanna Ave., Indianapolis, IN
Sep
9
Service
1:00p.m.
Newcomer Cremations, Funerals & Receptions
925 East Hanna Ave., Indianapolis, IN
Funeral services provided by:
Newcomer Funeral Home - Indianapolis
MEMORIES & CONDOLENCES
2 Entries
Our prayers are with all of you. We planned on being with you today, but circumstances prevent that. We remember Johnny´ s kind smiles. We will always be glad he was part of our family.
Robert & Gerry Burgin & Kathy Sodeman
September 9, 2021
Cousins is usually the Frist friends we have as children.I have the best cousins in the world.I can remember John giving me Golden Dollar. I also member we all play basketball in your mom and dad backyard.After that we would drink RC Cola and have Bologna Sandwich may God bless you and your family in this time of sorrow your cousin Butch
Joe Long (cousin)Butch
September 7, 2021
Showing 1 - 2 of 2 results