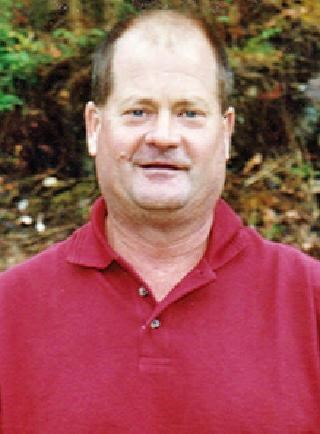 ABOUT
Upper Dublin High School
FUNERAL HOME
Torbert Funeral Chapels
1145 Lebanon Road
Dover, DE
Arthur Richard
Carlson, Jr., 73
DOVER - Arthur Richard Carlson, Jr. passed away Wednesday, September 8, 2021.
Art was born December 4, 1947 in Philadelphia, Pennsylvania to the late Arthur Richard Carlson, Sr. and Elizabeth B. (Fay) Carlson.
He was raised in Ft. Washington, Pa. and graduated from Upper Dublin High School in 1964. Art enjoyed playing football for the "Fighting Cardinals" and subsequently received a full football scholarship to attend West Chester University. As both Defensive and Offensive tackle, Art played football in college and enjoyed those Friday night games. Playing in the Tangerine Bowl in 1966 and 1967 were highlights of his college football career. After graduating in 1969, Art continued playing football with the Pottstown Firebirds. Later in life, Art dedicated years of coaching to the Camden-Wyoming Pop Warner Football Team. An avid fan of both college and professional football, Art cheered on many teams with a favorite as the Philadelphia Eagles. Some of Art's fondest memories were made through his years of volunteer coaching for all three of his children. He coached Eric in Pop Warner Football and CYO Basketball, Christine in CDSA Soccer and Hockey Leagues and Christopher in the Challenger Baseball League. Frequently helping other children, Art not only coached but provided rides and support in sports as needed.
Moving to Dover in 1975, Art joined his father in the family owned and operated business of Dover Volkswagen, Audi, and Subaru. Art was a successful businessman and became the Dealer Principal in 1989. He volunteered his time to serve as the President of the Delaware Automobile Dealers Association and was Treasurer of the organization for 12 years. Art was recognized nationally as the Delaware Time Quality Dealer and was nominated as the 1996 Small Businessperson of the Year for the State of Delaware. He decided to retire and sell the car dealership in 2013. He created great years of retirement memories in Florida with his wife Lou Ann and many friends.
Art was also proud of being an initial owner of Wild Quail Golf and Country Club; working with 12 other local businessmen to create a neighborhood surrounding a beautiful golf course and clubhouse. He lived with his family in a home on the golf course for 30 years.
In addition to his parents; he was preceded in death by his son, Eric William Carlson.
Art is survived by his loving wife of 41 years, Lou Ann; children, Christopher Richard Carlson and Christine Elizabeth Carlson; and grandchildren, Kyleigh Ann Carlson, and Evan William Carlson. His family remained steadily by his side during his fierce battle with cancer these last three months and Art retained his great sense of humor and lovingly embraced his family each of those days.
Visitation will be held from 6-8 p.m. Friday evening, September 17, 2021, at Torbert Funeral Chapel South, 1145 E. Lebanon Road (Rt.10), Dover.
A memorial service will be held 10 a.m., Saturday, September 18, 2021, at Torbert Funeral Chapel South, 1145 E. Lebanon Road (Rt.10), Dover. Interment will be private.
In lieu of flowers the family suggests contributions be made to one of Art's favorite charities, Brandywine Valley, SPCA, 1757 Horsepond Road, Dover, DE 19901 or Food Bank of Delaware, 1040 Mattlind Way, Milford, DE 19963.
Letters of condolence may be sent, and guestbook signed at www.torbertfuneral.com