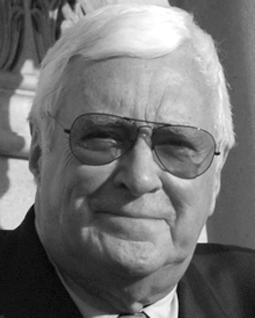 SAWYER, ROBERT N, M.D. Robert Newell Sawyer, M.D. died at the age of 78 in New Haven, Connecticut on February 11, 2014. Born in Buffalo, New York, he attended Canisius High School from 1948 to 1952, and rowed at West Side Rowing Club. He was one of the first two students from Canisius to attend Massachusetts Institute of Technology, entering at age 16. While at M.I.T., he rowed, competed, and won the Thames Challenge Cup twice at the Henley Regatta in England as a member of the 1954 and 1955 crews. He returned to Buffalo in 1957 as an engineer on the Niagara-Mohawk Power Project before attending medical school at Case Western Reserve University in Cleveland, Ohio. After graduating in 1963, he was commissioned in the U.S. Navy and completed an internship at Oakland Naval Hospital in 1964. He was assigned as a submarine medical officer aboard Polaris missile submarines, qualifying as a U.S. Navy diver and radiation medical officer, the foundations for his future career. Aboard the USS Sam Houston from 1964 to 1966 he mastered the Russian language in order to participate in multiple cold war missions. His naval career included tours as a delegate to the North Atlantic Treaty Organization until 1969. This service was followed by both a residency in Preventive Medicine and a Masters of Public Health at Yale University in 1970. He subsequently embarked on a career in Environmental, Preventive and Occupational Medicine, co-founding Environmental Technology in Troy, New York. His leadership in the field of contamination control resulted in his authoring over 22 peer-reviewed publications in major journals, one patent and more than 10 publications on behalf of the Environmental Protection Agency and U.S. government. He made a career of continued service to his country, creating the source documents for asbestos abatement for the Environmental Protection Agency, lecturing to hospitals regarding response to radiation and biologic disasters, and serving as Clinical Professor for the State University of New York, among many other achievements. He was an avid skier, maintaining a condominium and many lifelong friendships in Aspen, Colorado. He lived in Guilford, Connecticut for over forty years. He is survived by his wife, Lindley Chapin Sawyer, four children, Robert Jr., Michael Francis, Christopher Scott, Cathleen Mary, and six grandchildren. Memorial contributions may be sent to Canisius High School, Robert Newell Sawyer, MD Endowment Fund, 1180 Delaware Avenue, Buffalo, NY 14209.
Published by The New Haven Register from Mar. 7 to Mar. 9, 2014.
To plant trees in memory, please visit the Sympathy Store.
MEMORIAL EVENTS
To offer your sympathy during this difficult time, you can now have memorial trees planted in a National Forest in memory of your loved one.
MAKE A DONATION
MEMORIES & CONDOLENCES
1 Entry
On behalf of the United States Submarine Veterans (USSVI), we offer our sincere condolences to Lindley, Robert, Jr., Michael, Christopher, Cathleen, and all of LCDR Sawyer's family and friends as you mourn his passing. May God whisper peace into your hearts, comfort, and heal them. We are grateful for Dr. Sawyer's service to our country in the U.S. Submarine Service during the Cold War on the USS Sam Houston SSBN-609. To our “Brother of the Dolphin” we say … "Sailor, rest your oar. We have the watch. May you rest in peace and may God bless your loved ones who remain. Thank you for your service to our country."