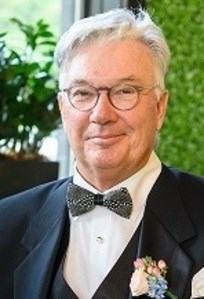 Thomas Joseph Beckwith, known to his friends as "Joe," passed away at his home in Auburn, Alabama, on Saturday, May 22, 2021, at the age of 66 years after a two-and-a-half-year battle with cancer. Despite his pain, Joe continued to be the local hero that he was and stayed strong until the end.

Joe was born on January 28, 1955, in Opelika, Alabama, to Bill Beckwith and Anne (Bailey) Beckwith. He graduated from Auburn High School and Auburn University where he played baseball, setting multiple pitching records before joining the major leagues and winning two World Series with the Los Angeles Dodgers in 1981 and with the Kansas City Royals in 1985.

After baseball, he returned to his hometown of Auburn to join the corporate world in the concrete industry. Over the years Joe volunteered his time and abilities to local youth baseball and softball programs, with one of his teams winning the Dixie Youth state championship in 2004. Joe earned a place on the famed Tiger Trail around downtown Auburn in 1996 and was inducted into the Alabama Sports Hall of Fame in 2004. He was recently honored at Auburn High School and Auburn University where they declared April 21, 2021, to be "Joe Beckwith Day."

Joe will be lovingly remembered by his wife of 29 years, Lee; his children, Bailey (Will), Tyler (Kelsey), Reynolds (Drew), Allie (Christopher), and Merrill (Amy); and his three precious grandchildren, Prim, Foster, and Rutherford. Joe will also be forever remembered by his brother, Bill Jr. (Deborah); his stepsister, Ann (Rusty); his stepbrothers, David (Sandra) and Bill (Susan); and his cousin and second "Mama," Pat. Joe was preceded in death by his mother, Anne; his father, Bill; his stepmother, Marjorie; and his granddaughter, Grace.

A funeral service in memory of Joe will be held on Monday, May 24, 2021, at 11:30 a.m. at Auburn United Methodist Church, 137 S Gay St., Auburn, Alabama, with Pastor Cory Smith and Tim Thompson officiating. The family will greet friends at the church on Monday from 10 a.m. until the time of service. A graveside service will immediately follow at Memorial Park Cemetery, 1000 E Samford Ave., Auburn, Alabama, with Pastor Miles Fidell officiating.

Memorial donations in memory of Joe may be made to the Joe Beckwith Scholarship Fund at cfeastalabama.org or mailed to the Community Fund of East Alabama at P.O. Box 165, Opelika, AL 36803, or to the charity of your choice.

Published by The Opelika-Auburn News on May 23, 2021.
To plant trees in memory, please visit the Sympathy Store.
MEMORIAL EVENTS
May
24
Visitation
10:00a.m. - 11:30a.m.
Auburn United Methodist Church
137 S Gay St, Auburn, AL
May
24
Funeral service
11:30a.m.
Auburn United Methodist Church
137 S Gay St., Auburn, AL
May
24
Graveside service
Memorial Park Cemetery
1000 E Samford Ave, Auburn, AL
Funeral services provided by:
Jeffcoat-Trant Funeral Home
MAKE A DONATION
Please consider a donation as requested by the family.
MEMORIES & CONDOLENCES
Sponsored by Jeffcoat-Trant Funeral Home.
4 Entries
Joe and Lee fought a long and faith filled battle. I admire their strength and love. Peace to you and joy.
Deborah Beckwith
Family
May 23, 2021
We are so sorry to read about your nephew, Joe. I remember him as a young boy and followed his baseball days. I´m sorry, Pat. Love and hugs. Wicky and Tommy
Wicky Poarch and Tommy
Friend
May 23, 2021
My heartfelt sympathy goes out to the Beckwith family during this time of sorrow . I have known him since I was a kid . We played little league ball together. He will be sorely missed.
Bobby walters
Friend
May 23, 2021
We knew Joe from the time he was a kid, spending his springs and summers on Auburn's and Dixie Youth baseball fields. John worked for Mr. B. for about five years and talked about Joe every day. Mr. B, as he was fondly known, was a proud daddy. A bit later, when John was on the Auburn coaching staff when the team went to Omaha, it was so easy to see how the lad was growing in grace and athletic prowess, and, once Joe went pro, the fine, talented man invited John and his son, Michael, down on the field to meet the Dodgers prior to their game in Atlanta. Watching and interacting with Joe at various intervals of his life was sheer pleasure--such goodness and love of the game emanated from him that it was easy to catch the contagion. We had a loving relationship with this Christian man. We celebrate who he was as much as what he did, and we believe that he is now whole, healthy and warming up to pitch in Heaven's Field of Dreams.
John and Dianne Shafer
Friend
May 23, 2021
Showing 1 - 4 of 4 results