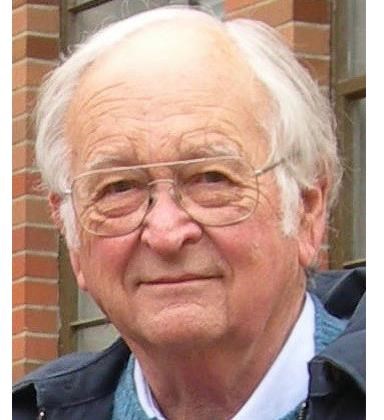 FISK, Albert Atterbury Albert Atterbury Fisk died January 5, 2018 at the age of 96 with family and caregivers nearby. He was born on June 5, 1921 in Oak Park, Illinois. He was a longtime resident of Sonoma, retiring to the area in the 1980s. Albert was a physician with interests spanning poetry, wine making and the outdoors. He was a lover of classical music, which gave him great comfort in his later years. Albert was preceded in death by his wife of 67 years, Ruth Lillian Fisk. He is survived by his five children, Albert, Mary, William, John, and David; seven grandchildren, Barry, Rachel, Tiffany, Angela, Allison, Ryan, and Alexander; and seven great-grandchildren, Cole, Rosemary, Vivian, Jozlyn, Madison, Henry, and Ben. He is survived by his sister Eleanor McCabe and his sister-in-law Mary Fenker. Albert had many accomplishments and ambitions. He was a graduate of Harvard College and Yale School of Medicine where he met his wife, Ruth. He was skilled in internal medicine, but then made a mid-career leap into geriatrics, helping to build a geriatric program in Milwaukee. Albert planted a small vineyard, with one wine winning a gold medal at the state fair. Early on, he aspired to be a poet, spending time in Mexico City among novelists, poets and intellectuals. He co-founded the Sonoma Classical Music Society and was a docent and early participant in the Junior Naturalist Program at Bouverie Preserve. Albert was a World War II veteran. Because of his medical ineligibility for army service, he volunteered as an ambulance driver for the American Field Service attached to the British Army in North Africa. He was known for not always driving in the right direction, a perilous tendency in wartime. He ferried injured soldiers to field hospitals, and transported wounded troops for evacuation. His experience in North Africa inspired his career in medicine. After retiring as a physician in 1986, Albert and Ruth continued their adventures, resettling briefly in Changsha, China where he lectured on geriatrics. Their apartment was heated with coal and they bought live chickens from the market. Albert found it amusing that his large ears were viewed as a symbol of longevity in China. They made many friends, hosting visitors from Changsha for the next decade. The family wishes to give special thanks to daughter Mary for her gentle care and an expression of deep appreciation to caregivers Bertha Arellano, Pai Bolea, and Tavaita Seruvatu. Memorial contributions may be made to Audubon Canyon Ranch or Vintage House of Sonoma. A memorial service is being planned for the spring.
Published by Sonoma Index-Tribune from Jan. 26 to Jan. 27, 2018.
To plant trees in memory, please visit the Sympathy Store.
MEMORIAL EVENTS
To offer your sympathy during this difficult time, you can now have memorial trees planted in a National Forest in memory of your loved one.
MAKE A DONATION
MEMORIES & CONDOLENCES
0 Entries
Be the first to post a memory or condolences.