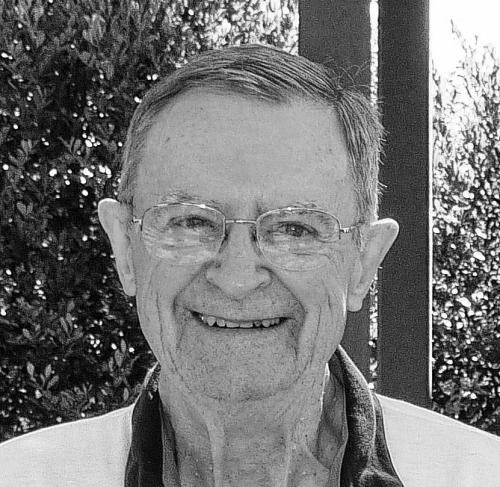 On Thursday, February 13, a little bit of sunshine left this world that will add joy to whatever world comes after this one.

John Rector Allen, Jr. was born in Austin, Texas on May 12, 1932. He was a loving man who spread cheer wherever he went, a mischievous little dickens (in the very nicest possible sense of the term) with an irrepressible twinkle in his eye and a wonderful smile, a man who made lives happier because of his presence in them. He was a true gentleman of the old school.

Johnny was a member of the marching band at Austin High School. He attended the University of Texas where he was a member of the Kappa Alpha Order. His veins ran with the true Orange Blood of a UT man. At some time during his high school years Johnny developed an interest in amateur radio and he was active in the hobby for the rest of his life. His call sign was W5TQL. For most of his business career he was employed by Leif Johnson Ford, first as a salesman then spending many years as sales manager.

Mourning him are Carol, his wife of 24 years; his son John Travis (Jack) Allen and wife Joan; daughter Katherine Sederholm and her children; stepdaughter Andrea Sellers, her husband Larry and their children.

A memorial gathering will be held at a future date.

Words of comfort may be shared with the family at www.cookwaldendavisfuneralhome.com

Published by Austin American-Statesman from Feb. 19 to Feb. 24, 2014.
To plant trees in memory, please visit the Sympathy Store.
MEMORIAL EVENTS
To offer your sympathy during this difficult time, you can now have memorial trees planted in a National Forest in memory of your loved one.
Funeral services provided by:
Cook-Walden Davis Funeral Home
MAKE A DONATION
MEMORIES & CONDOLENCES
Sponsored by Cook-Walden Davis Funeral Home.
4 Entries
May God bless you and your family in this time of sorrow.
irene rev.21:4
February 24, 2014
I worked with Johnny for several years in the 70's and 80's and have many good memories of him. He will certainly be missed by all who knew him. RIP Johnny!
Russ Peterson
February 21, 2014
Remembering the happier times will carry you through this difficult time.
February 20, 2014
I worked with Johnny at Leif Johnson Ford for many years. What a great guy! I know he will be missed dearly.
Paula Bailey
February 19, 2014
Showing 1 - 4 of 4 results