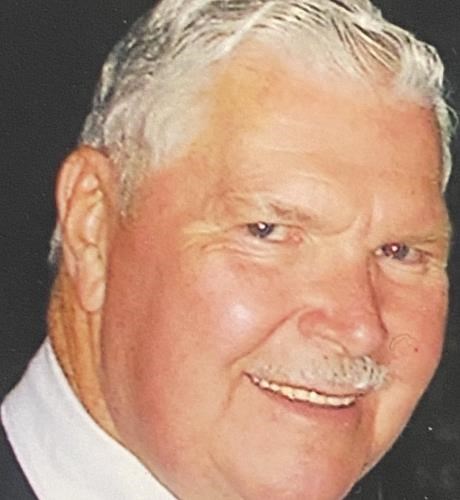 86, of St. Louis, Missouri, passed away peacefully on Saturday, January 11, 2020 along with his adoring wife Harriet. The nursing staff moved their beds next to each other so they could be together in their final hours. For over 65 years they lived together, laughed together, loved together, and passed away together. The perfect ending to the perfect love story. Jack was born to John J. Morrison and Celeste (Brante) Morrison on February 9, 1933. In 1955 Jack met the love of his life, Harriet (Sprunk) Morrison. They lived together almost inseparable for over 65 years. They enjoyed traveling and being with friends and family. As a very young man Jack learned how to work hard, following in his father's footsteps working at the family business V-K bus lines. He grew the business into a large charter company and partnered with ABC bus company. The success of the business allowed Jack to sell the company and retire in his early 50's. Jack's passion was flying, he became a licensed pilot and for 30 years he was a avid flyer. He enjoyed using his personal planes for business and pleasure. His other passion was being a part of the Moolah Shriners for over 60 years. He enjoyed volunteering his time for various Shriner activities with his favorite being Parade Marshal for the circus and various St. Louis parades. Jack will be forever remembered by all who knew him for his big heart, quick-witted humor, and ornery wink. He never met a stranger he didn't want to talk to or a dog he didn't want to pet. He lived his life to the fullest. Jack was preceded in death by parents; son, the late John J. Morrison III, and sister Phyllis Boyer. Jack is survived by son James (Lisa) Morrison; Grandchildren, Bradley and Kelsey Morrison; bonus daughter Sue Robbins (Jim) Wagener; Grandchildren Alicia, Denise, SPC Jonathan-James and Addison Diedrich; beloved friends Wayne Price (Mayer & Eckhardt family), Gary (Laura) Hammann, Roger (Kathy) Schmidt; a host of nieces, nephews, godchildren and other beloved friends and relatives. The last few months of his life Jack resided at the Woodlands Nursing home, only four doors down from Harriet. The family would like to extend our sincerest thanks to the staff at Woodlands Nursing Home and Alternative Hospice for their great care in the last couple of months of his life and we are sincerely grateful to all of those who have comforted and cared for him. 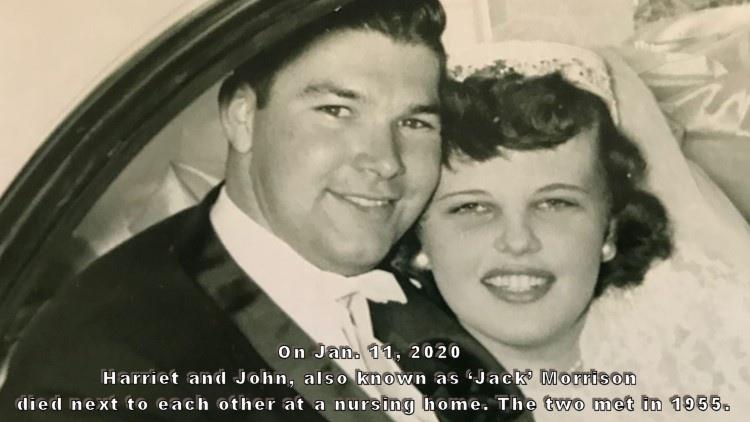 Lisa Polk
January 20, 2020
I remember Jack always putting flags in all our lawn on flag day when they lived Hermitage, great man and family.
John Bittner
January 14, 2020
Prayers to everyone who had the pleasure of knowing this couple. We will miss them. Shrine functions, Thursday night dinners and holidays will never be the same.

When you see her, say hi to Mom and give her a hug for me!
Tammy Mayer
January 14, 2020
Prayers to everyone who had the pleasure of knowing this couple. We will miss them. Shrine functions, Thursday night dinners and holidays will never be the same.

When you see her, say hi to Mom and give her a hug for me!
January 14, 2020
Jack and Harriett were our neighbors in Imperial
Missouri. When they had the bus company.
They were a wonderful couple and neighbors.
They had large parties at their lovely home complete
with live music, catered food and valet parking.
January 14, 2020
Showing 1 - 6 of 6 results