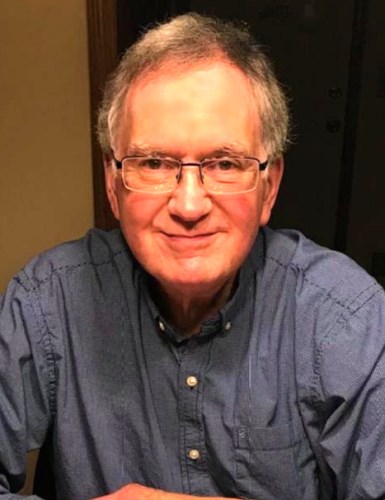 He met the love of his life, Mary Jean Mundy, at Salem High School. They graduated in 1969 and both went on to Kent State University. Together they were blessed with three children, Michael (Kara) of Austin, TX, Brian of Tucson, AZ, and Julie (Bob) Giese of Decorah, IA.

His grandchildren, Avery, Elise, Kayla, Lily, Jenna, and Carter will immensely miss their GRAMMMPA as he loudly called himself. He is also survived by his sister, Sue DeCort, who admired him greatly. He leaves behind many nieces, nephews, in-laws, friends, and coworkers that he cared for deeply.

Bill worked hard his whole life. He had a long and distinguished career working for agricultural Co-ops. He started his career at Ohio Farmers in Fostoria, Ohio. He later worked at Countrymark, Universal Cooperatives, and Wynca USA. Many of his closest friends were from work. He truly loved his job and had no interest in retirement.

Bill enjoyed meticulously planning trips and events personally and professionally that created long lasting memories for all involved. Bill was a great storyteller, with many of his stories inspired by his trips-especially those to China. He showed his kids a perfected bank shot in basketball, how to deep-sea fish, and that one is never too old for Disney World or The Muppets. Friends, family, and co-workers all agree that he was a generous, good man, and he lived life to its fullest.

While Bill and Mary Jean have friends that have become family in Minnesota, their lives began in Ohio, and this is where Bill's final resting place will be. He will be in good company with family there.

The visitation will be December 4, 2021 at 10:00 a.m. at St. Paul Catholic Church, 935 E. State St., Salem, Ohio prior to the 11:00 a.m. memorial mass. Masks are encouraged. The service will be livestreamed on the Stark Memorial Facebook Page at http://www.facebook.com/starkmemorial. Interment will follow at Grandview Cemetery.

In lieu of flowers, donations may be made to your local Salvation Army or Toys for Tots this holiday season.

If unable to attend, you may show your support by joining our complimentary "Hugs from Home" program where your message will be attached to a balloon in the chapel to remind the family of your love and support at www.starkmemorial.com/hugs-from-home.

To view Bill's obituary, send condolences or flowers, visit: www.starkmemorial.com
Published by Sun This Week from Nov. 24 to Dec. 13, 2021.
To plant trees in memory, please visit the Sympathy Store.
MEMORIAL EVENTS
To offer your sympathy during this difficult time, you can now have memorial trees planted in a National Forest in memory of your loved one.
Funeral services provided by:
Stark Memorial Funeral Home and Cremation Services
MEMORIES & CONDOLENCES
Sponsored by Stark Memorial Funeral Home and Cremation Services.
0 Entries
Be the first to post a memory or condolences.