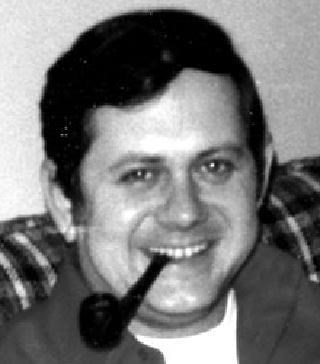 FUNERAL HOME
Crosser Funeral Home
301 North Locust Street
Oak Harbor, OH
SZYDLOWSKI
Terrence M.
Terrence M. Szydlowski, “Terry Ski”, 72 of Oak Harbor, OH died Saturday, August 13, 2016, under the care of Hospice with his wife by his side, following a year long illness. He was born April 15, 1944, in Toledo, OH to the late Ervin and Theresa (Landowski) Szydlowski. Terry grew up in the old Polish neighborhood of Kushwantz (Nebraska Street Area). He graduated from St. Hyacinth Catholic Grade School in 1958 and Macomber Vocational High School in 1962. He proudly served our country in the United States Navy from 1962 - 1966 aboard the ship U.S.S. Rich DD820. On March 15, 1975, he married the former Beverly J. Naggy. Terry worked many positions at Toledo Edison's Acme, Bayshore, and Davis- Besse Nuclear Power Plants and was a licensed First Class Stationary Engineer. Prior to taking an early retirement in 1993, he was the General Supervisor in the Miscellaneous Maintenance Department at Davis-Besse Nuclear Station. Following his retirement, Terry worked as a contractor at various Nuclear Power Plants across the Country as a Civil Superintendent and as a Mechanical Planner.
Survivors include his loving wife of 41 years, Beverly of Oak Harbor; son, Brad (Deirdra) McDonald of Toledo, OH; brother, Ronald Szydlowski of Conway, SC; former daughter- in-law, Jodi (Mike) Shaneyfelt of Napoleon, OH; grandsons: Chester Szydlowski, Tristan and Liam McDonald; nieces, nephews, and several cousins. He was preceded in death by his parents, and his son Terrence Szydlowski in 2011.
A Memorial Service will be held at 2:00 p.m. Wednesday, August 24, 2016, at the Crosser Funeral Home & Cremation Service, Oak Harbor Chapel with family to receive friends 1 hour prior to the service. Rev. Timothy F. Ferris of St. Boniface Catholic Church will officiate, and interment will be at Roose Cemetery, Salem Township. Military graveside rites will be conducted by American Legion Post #114 and Veterans of Foreign Wars Post #8732, both of Oak Harbor. Memorial Contributions may be made to a hospice of the donor's choice or St. Boniface School, Oak Harbor. Online condolences may be shared with the family at
crosserfuneralhome.com
As published in The Blade
Published by The Blade from Aug. 20 to Aug. 21, 2016.
To plant trees in memory, please visit the Sympathy Store.
MEMORIAL EVENTS
To offer your sympathy during this difficult time, you can now have memorial trees planted in a National Forest in memory of your loved one.
Funeral services provided by:
Crosser Funeral Home
MAKE A DONATION
MEMORIES & CONDOLENCES
4 Entries
Bev, We just read of Terry's passing.
So sorry we didn't know in time to pay our respects.
So sorry for your loss.
Dan and Cindy Gresh
August 24, 2016
So sorry for your loss Bev. Terry was great to work with, always smiling.
Joan Niese
August 21, 2016
Offering our deepest condolences during this difficult time.
Crosser Funeral Home Oak Harbor Chapel
August 21, 2016
Dear Bev, What a shock to read of Ski's passing. Guess I'm out of circulation.
My deepest sympathy. You know we thought 'the world and all of Ski'!
May The Lord comfort you and Bless you.
Donna Gyde
August 20, 2016
Showing 1 - 4 of 4 results