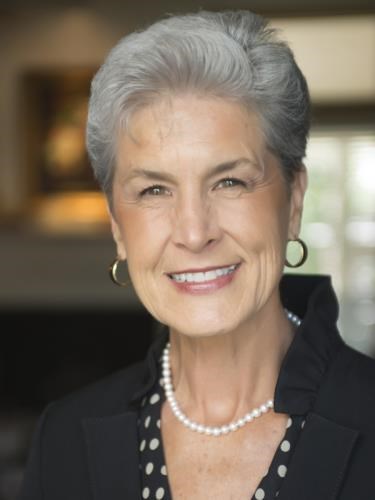 Sandy Zager, Houston; T.G. Zager, McAllen; Jackie (Zager) McKnight, Houston
April 28, 2016
When I started studying TBRI, I had been a therapist for 25 years and an orphan worker for 15. I was amazed at how universal TBRI actually is. Not only did it give me amazing tools to help the orphans and orphan workers I serve, it was the most personally healing experience I have ever had in my life. My autographed "brain" she gave me at a TBRI training is a treasure I will keep the rest of my life.

Thank you Karyn for everything you gave us. We miss you already.
Melinda
April 28, 2016
Our prayers are with the family and friends of Dr. Karyn. She touched innumerable lives and left a lasting legacy for the children of the world. A special thank you from my two children (of eight) who came from "a hard place" as her work will continue to help us connect and bond with them more and more as they grow. We are so sorry for her loss, but so very grateful for her life. God bless you.
Heather
April 27, 2016
Jodi Branstad
April 25, 2016
Dr. Karyn Purvis was the most Christ-like individual I never met. From my perspective, as someone who was a foster child and an adoptee, through her writings and videos, my heart connected to hers. "She gets it," I thought. She understood "children from hard places." Karyn had the Jesus touch! So, because of her work, I like many, want to make my work about connecting the hearts of adoptive parents to their children, and connect the heart of the children to their mother and father.
David Barnett
April 24, 2016
As one who was blessed to hear Karyn speak and attend the TBRI professional training, it broke my heart to hear of her passing. My heartfelt sympathy goes to her family and colleagues. Only in heaven will we truly see how much her service here on earth affected so many. Her death saddened very many and she will be missed.
April 23, 2016
As a TCU graduate and a founder of OrphansLink, I am thankful for an hour of face to face spent with Karyn 2 years ago when me and my friend Annette came to meet with Karyn and brainstorm how to take her teachings to Russia and Ukraine. God took care of it and he appointed people to take the teaching in many countries. I just wish I learned about her kids camp sooner as we've gone through some hard times with my first born. Karyn left behind so many resources and set in motion something bigger than we can comprehend and changing the lives for generations! What a true life of Legacy! A true light to the World! She is a genius of its kind and someone who touched so many lives and will be truly missed! Condolences to her family! She will be missed greatly but through her inheritance she left behind she will be making a difference for eternity!Oksana Gipp
Oksana Gipp
April 22, 2016
I had the privilege of growing up with Karyn in the Rio Grande Valley. She shared a cabin with me at Camp La Jita and we lived only one block away from one another in McAllen. She was indeed a lovely person, inside and out! My condolences to her beautiful family.
Cindy Wooldridge Davenport
April 22, 2016
Karyn Purvis had the most gentle spirit I have ever seen in my life! My heart and prayers go out to her family. She was a true angel and she is home now.
April 22, 2016
My deepest condolences to Miss Karyn's family.
I feel as if I've known Miss Karyn personally. We "met" years ago via a training tape for foster parents. She has lifted my heart with her twinkling eyes, ready smile and her clarity as she shared her extensive knowledge and experience. Thank you for changing my life and the life of my family forever.
Mary Anne
April 20, 2016
A Champion for Christ and a Champion for Children. You will be missed sister, but we will see you again.
Curtis Artis
April 19, 2016
I had the pleasure of watching video of Dr. Karyn Purvis and listening to her colleagues speak of her work on April 8, 2016. It was announced then that her health prohibited her from attending in person. As a professional and previous foster parent with 20 years of experience, her work has moved me like no other. One morning after the conference, I had a bird nest by my front door and with love an admiration, I thought of Dr. Purvis and her own story of the bird nest. Her words remained with me all day, and I learned that afternoon of her passing. I'm sure she has a special place in heaven, just as she has created such a special place here on earth. God bless the many family members, friends and lives she has touched.
Stacey Winter
April 19, 2016
I heard Dr Purvis 2 years ago at Bethany Christians adoption summit. She changed how I parent my 2 girls from hard places. Just this week I found myself saying "How would Karyn do this?".... What a legacy! Well done good and faithful servant! You have changed countless lives for the better. God bless her family!
Lynne Hartman
April 17, 2016 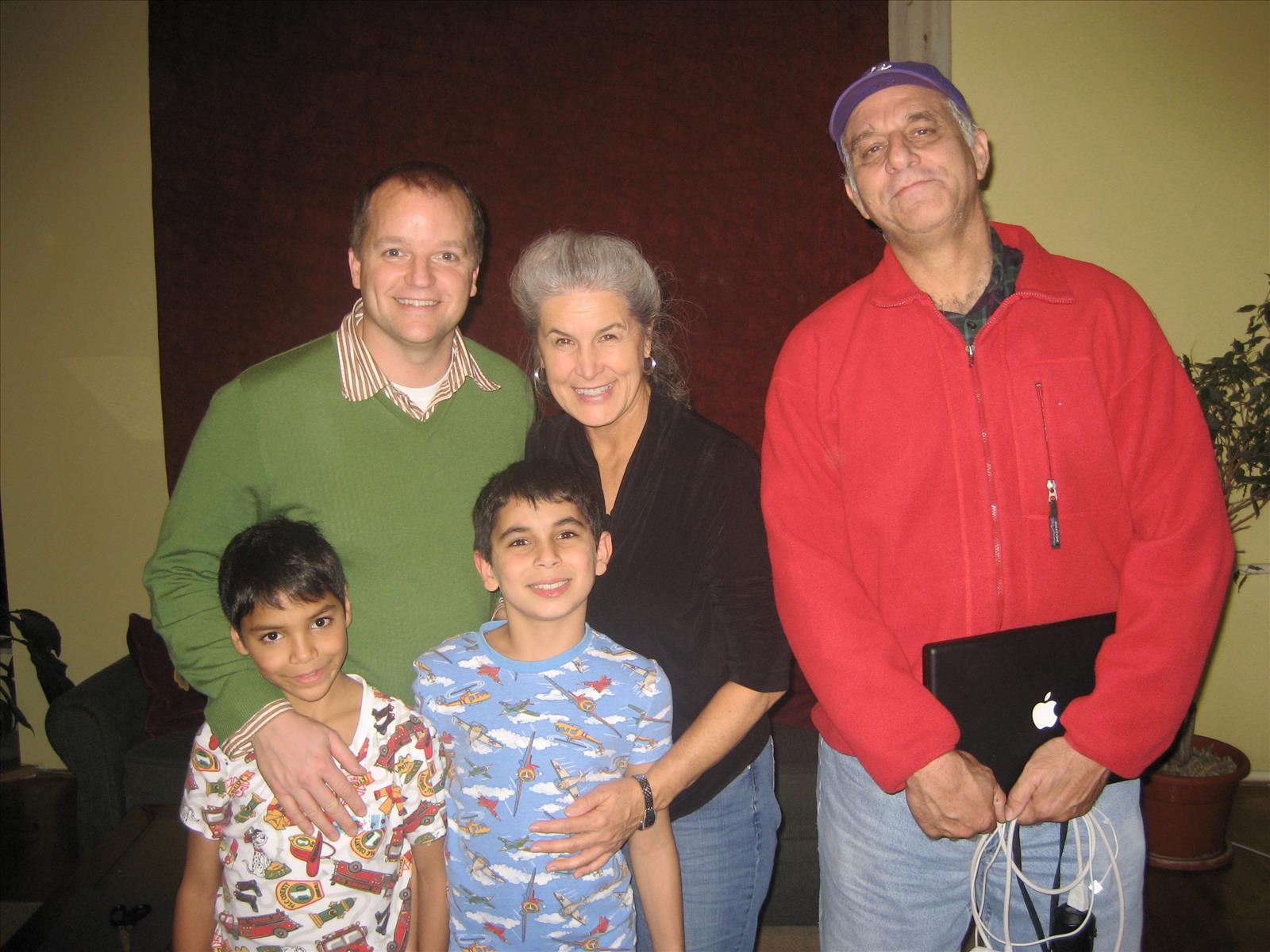 Dr. Purvis came to Romania to help our family with two new adopted kids. Because of that experience our whole lives changed. The foundation that we run there for orphan children changed dramatically as well. Because of her, we now have helped heal hundreds of children and are now multiplying out the TBRI model all over Romania. She was the "Mr. Rogers" of traumatized children. She will never be forgotten and the eternal fruit from her labor of love will continue to multiply.

Our condolences to her family, children, and grandchildren. Thank you SO much for sharing her with us. We recognize your sacrifice in making the healing of multitudes of wounded children possible. Our prayers are with you.
Bruce Thomas
April 16, 2016
I can't thank you enough Ms Karen for filling the world with more educated, compassionate, therapeutic parents! We and our children would be so very lost with out your gentle, wise, irreplaceable guidance. Your presence will be felt greatly but I am so thankful for how you chose to spend your one precious life. Thank you doesn't seem like a big enough word. I am so glad I had the honor to meet you and learn from you.
Gina Johnson
April 16, 2016
Karyn was a special lady who could make everyone feel welcomed and loved. As her college roommate at Howard Payne, I saw her live I Corinthians 13. She taught me lessons about love, giving, fun, spontaneity, and the joy of living that I will never forget. I am thankful for the time we had together and look forward to seeing her again in heaven.
Nancy Holdampf
April 16, 2016
We are so very sorry.
James and Jane Ellen Humphrey
April 16, 2016
Thank you for all you did in the lives of vulnerable children in this country. -Elena from Georgia
Elena Taylor
April 16, 2016
We were introduced to Karyn Purvis when we were in the process of adopting our daughter from Thailand. She was 12 when she came home and Dr. Purvis' teachings on loving and bonding with children from hard places became a great help for us very quickly. My husband had the privilege of sitting in on one of her seminars at CAFO last year and was blown away by her humility and wisdom. We were so sad to hear of her passing. The world has lost an angel and she will be sorely missed. However, she is leaving behind an amazing legacy for all of the families that have been touched by her passion for children!
Christie Darago
April 16, 2016
Dr Karyn was such an inspiring woman. What a life well lived. Her compassion for children from hard places and her willingness to dig deep, to offer God's best helped to change the world.

What we learned from her books, listening to her speak and her trainings impacted not only how we minister in Zimbabwe, but how we live as a family. However it was the way she encouraged us that our hearts will remember most. Every conversation or email left us better.

To her family we send our prayers and love. Thank you for sharing her with the world. You will be in our thoughts often. Her legacy will live on in the families she impacted for sure, but most of all in each of you. You were her biggest joy.

Love,
The Chari family. Harare, Zimbabwe
Regina Chari
April 16, 2016
Thank you for changing our lives Dr. Purvis. You will always be in our hearts.
Claudia Antelo
April 16, 2016
To the family and friends of Karyn Purvis:

Karyn was always a loving mentor to me while she and her family ministered in Baytown. Her kind, gentle spirit will never be forgotten.

Lovingly,
Dian Rosier
Dian Rosier
April 16, 2016
I only found out about Dr. Karyn Purvis about a year ago. I never met her, but I could feel her ability to connect when watching her videos. Sadly, she is gone. But her work keeps a ice of her with us. We can still study and learn.
Melinda Brown
April 15, 2016
What an inspiring and wonderful person! Wish I had an opportunity to know her. Looking forward to reading her book.
Angie Blackwell
April 15, 2016
The Beloved Dr. Purvis was an inspiration to so many. I first came to know her through her book and then again through the Empowered to Connect Conferences. I feel so blessed to have learned from her more directly in a TBRI parent training. The Lord used Miss Karyn to set our family on a path of healing and, to His glory, our children will live as a testimony to her teaching. Miss Karyn exuded the love of Christ in every word she spoke. She will be missed, but I am so very thankful for the legacy she left behind.
Tereasa Mansfield
April 15, 2016
Well done, good and faithful servant. If only one child and family found hope and healing through your tireless, passionate work, it would have been worth it all. Yet not one child and family, but thousands! This family thanks you, and can't wait to hear your voice tell our sweet one "you are loved, and you are precious" someday.
Alaina Wilson
April 15, 2016
Dr. Purvis taught my husband and me so much about parenting our daughter, honestly I don't know where we would be if we hadn't read her book and gone to see her speak. She was the personification of light and love and grace and peace and the world misses her already. I don't have loving extended family, but I feel like I'm mourning her like I would a loving aunt. She impacted me more than I can say and I'm forever grateful to the Lord for calling her to this work.
Jen Wells
April 15, 2016
Thank you for creating a better way to parent a child!
Steve Livingston
April 15, 2016
I too grew up in McAllen and the Brand family was familiar to everyone. My heart goes out to my classmate, Marjorie Lynn Ferrell, and all Karyn's family. What a wonderful lady graced the lives of children.