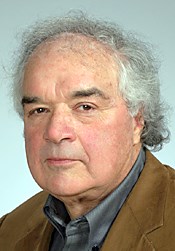 Dr. Norman D. Smith, an eminent Earth Sciences professor committed to the study of rivers and advancing science literacy, died on September 9, 2021, after a seven-year battle with cancer. Internationally respected for his research and teaching, he gave generously of his time to professional and public service. He was a Fulbright Scholar, Fellow of the Geological Society of America, and Francis J. Pettijohn Medalist for his outstanding scientific contributions to sedimentary geology. He served as Editor of the Journal of Sedimentary Petrology, and headed academic departments at the Department of Geological Sciences at the University of Illinois Chicago, and the Department of Earth & Atmospheric Sciences at the University of Nebraska – Lincoln.

Norman Smith was born to Charles and Doris Smith on January 26, 1941, in the Adirondack region of northern New York State. The son of mink ranchers, he grew up an avid outdoorsman and Eagle Scout who pursued fishing, trapping, piano, and varsity sports. After graduating from Carthage High School in 1958, he earned a B.S. degree in Geology from St. Lawrence University, followed by M.S. and Ph.D. degrees in Geological Sciences from Brown University.

His doctoral research, which identified traces of tidal-zone sedimentation in ancient Pennsylvanian rocks, launched a lifelong interest in modern sedimentary processes and their detection in the geological record. For his research he led scientific field expeditions to remote parts of Alaska, Antarctica, Botswana, Canada, Iceland, India, New Zealand, and South Africa, as well as local sites in Nebraska. He published numerous scientific articles about contemporary and ancient river systems, as well as glacial depositional environments. He was an authority on river avulsions (rapid course changes), dedicating more than three decades of field study to a catastrophic avulsion on the Saskatchewan River Delta, Canada, the effects of which are still ongoing. Among other discoveries, he found that dam-induced sediment starvation is enlarging its main river channel, jeopardizing the current distribution of surrounding wetlands. He advised the mining industry on placer gold deposits in South Africa and South America; and conservation, government, and hydropower stakeholders about environmental conditions in Canada. He forged particularly close ties to the Metis community of Cumberland House, Saskatchewan, working tirelessly to educate local residents and policymakers about the critical importance of Saskatchewan's wetlands to its people and the broader North American ecology.

As Chair, he oversaw a reorganization of the UNL Department of Earth & Atmospheric Sciences, and educated the general public about the dangers of subverting science education standards. For over two decades he led Nebraska Citizens for Science, a non-profit educational organization dedicated to advancing science literacy in the state. A gruff champion of science and women in science, he was admired for his fairness, kindness, good humor and humility.

With Judith Smith, his wife, love, and best friend for 57 years, Norman enjoyed travel, the performing arts, cinema, spectator sports, and tending a family woodlot in the Adirondacks where he built a log cabin by hand with his brother Gilbert. Together Norman and Judith explored many places abroad including the high Arctic, Botswana, Cuba, Egypt, New Zealand, Russia, and Tahiti; at home they were steadfast supporters of UNL varsity sports and the Lied Center for Performing Arts, The Mary Riepma Ross Media Arts Center, and the Brownville Concert Series. A gifted musician, Norman volunteered weekly live piano sessions for the Bryan East and West hospital campuses and later, for his own cancer treatment center in Texas.

Dr. Smith is survived by his wife Judith; sister Randalyn Chegwidden; sisters-in-law Lucia Beach, Arlene Smith, and Robin Kellar; sons Laurence Smith and Daniel Smith; daughters-in-law Abbie Tingstad and Keri Smith; grandchildren Selma, Iris, and Sander Smith; and numerous cousins, nieces, and nephews. He is preceded in death by his parents Charles and Doris Smith; and brothers Gilbert Smith and Quentin Smith. He will be greatly missed by all who loved and admired him.

A Celebration of Life will be held at the St. Mark's Episcopal Church on the UNL campus, at a date to be announced later following subsidence of the COVID-19 pandemic. Please visit https://www.lincolnffc.com/obituary/Norman-Smith, where written condolences may be posted. In lieu of flowers, his family welcomes contributions to a proposed UNL Norman D. Smith Excellence Fund for the Public Understanding of Science at www.nufoundation.org/memorialgift (please state that the contribution is in memory of Norman D. Smith, all gifts received will be placed in the holding fund until the excellence fund is finalized).

Published by Lincoln Journal Star on Sep. 19, 2021.
To plant trees in memory, please visit the Sympathy Store.
MEMORIAL EVENTS
To offer your sympathy during this difficult time, you can now have memorial trees planted in a National Forest in memory of your loved one.
Funeral services provided by:
Lincoln Family Funeral
MAKE A DONATION
MEMORIES & CONDOLENCES
Sponsored by Lincoln Family Funeral.
0 Entries
Be the first to post a memory or condolences.