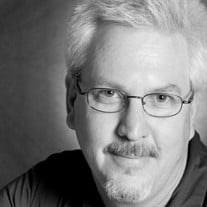 FUNERAL HOME
Rader Funeral Home of Longview
1617 Judson Road
Longview, TX
Bryan Eric Boyd was born in Corpus Christi, Texas on July 24, 1959. He stepped into the arms of Jesus on Monday, September 13, 2021 at the age of 62 at Christus Good Shepherd Medical Center in Longview, Texas.
He is survived by his wife, Karen Allen Boyd, and daughter, Alaina Claire Boyd; step-daughter, Tiffany Burrows and husband David; step-son, Brandon Newman; brother, Bruce Boyd and wife Rhonda; aunt, Cherie Strom; grandsons Caleb Gilliam, Colin Etheridge and Bryson Etheridge, all of Longview; aunt, Barbara Burch of East Greenwich, Rhode Island and numerous, other precious family and friends.
Preceding him in death were his father, William "Bill" Boyd, his mother, LaJuanda Emery, step-father John "Jack" Emery, grandparents, Nolen Clark and Connie Parham Welmaker and Gene and Louise Boyd and his former spouse, Denise Rinehart Boyd.
Mr. Boyd's family moved to Longview in 1962. Bryan was a fifth-generation East Texan and a proud Pirate graduate of Pine Tree High School Class of 1977 - the first student to ever letter in Art at Pine Tree. After high school, Bryan went on to Oklahoma State Technical College and graduated with his degree in Commercial Art in 1979 and began a life-long career in the printing industry. His first job out of college was with Ussery Printing in Dallas, Texas. Through the decade that followed he also worked for Longview Print Shop and in 1989 he was hired by Hudson Printing and Graphic Design where he recently celebrated his 32nd year of employment. He was a loyal employee and was known as "one of the best" in the industry.
In July, 1986 Bryan married Denise Rinehart and together they raised her two children, Brandon Newman and Tiffany Selby Burrows. During their 13 years together Bryan created a family bond that will last forever.
In 2002, Bryan married Karen Allen and in March of 2006 their greatest gift was born, their daughter Alaina Claire. Bryan and Karen served as loving foster parents for a short time for her great-niece, MaKenzie and great-nephew, Korban. They cared for Bryan's mother, mother-in-law and grandmother for many years and numerous other loved ones. Bryan was a dedicated family man.
Mr. Boyd had a passion for many things. Serving his Lord faithfully as an active member of Laird Hill Baptist Church was very important to him. He accepted Christ as his Savior at the age of 19 standing at a printing press. On November 16, 2014, his daughter made her public profession for Christ. Bryan followed Christ in baptism on January 1, 2015. Pastor Jerry Carroll baptized Bryan and then Bryan baptized his daughter in the same baptismal waters. It was a day he would never forget.
He was an amazing artist who was featured on Joan Hallmark's Proud of East Texas and in many local painting and photography exhibitions. He has been granted accolades by such accomplished photographers as True Redd, O. Rufus Lovett, Tammy Cromer and Scott Campbell. His work remains a legacy.
An avid preservationist of East Texas history, Bryan served for many years as a Texas Historical Commission Steward and worked in cooperation with the Gregg County Historical Museum to document and archive the Buddy Calvin Jones Caddo Indian Collection of Gregg County. His roots ran deep in Longview.
Bryan and Karen partnered and opened their business, 2B Imaging and Design, in 2013. Bryan's passion for photography and Karen's talent as a designer were a perfect pairing. Both contributed to a large, 1077-page two volume book about El Camino Real history and archeology which was published in 2012 by the Nine Flags Museum through the National Park System. Together they also designed program covers to promote archeology events. Bryan and Karen were instrumental in designing and preparing an information and map kiosk for the Douglass Pavilion which houses five new Texas Historical Commission markers in celebration of the 1716-2016 Tricentennial of Nacogdoches, Texas. Their work with local, senior graduates, brides, businesses and families to create keepsake invitations, advertising, customized holiday cards and preserve moments in time made their business unique.
The family will accept friends on Saturday, September 18, 2021 from 6-8 pm at Rader Funeral Home of Longview.
Memorials may be made to Laird Hill Baptist Church Building Fund, P. O. Box 215, Laird Hill, Tx 75666.
Condolences can be made online at raderfh.com.
Arrangements by Rader Funeral Home in Longview, Texas.
Published by Rader Funeral Home of Longview on Sep. 16, 2021.
To plant trees in memory, please visit the Sympathy Store.
MEMORIAL EVENTS
Sep
18
Visitation
6:00p.m. - 8:00p.m.
Chapel of Rader Funeral Home of Longview
1617 Judson Road, Longview, TX
Funeral services provided by:
Rader Funeral Home of Longview
MEMORIES & CONDOLENCES
0 Entries
Be the first to post a memory or condolences.