Bill was born on December 1, 1933, in Springfield, the son of Victor Henry DeCroix and Bessie (Edson) DeCroix. He married Judith Claire Washbond on August 31, 1957 and the two enjoyed over 59 years of married life.

He is survived by two sons, Douglas (Jennifer) DeCroix, of Youngstown, NY, and Gregory (Susan) DeCroix of Middleton, WI; three granddaughters, Stephanie, Ava, and Grace; his brother, Victor (Joann); seven nieces and nephews and their families. He was preceded in death by his parents; wife, Judy; and his sister, Berniece (Clyde) Van Dyke.

Bill was a 1952 graduate of Lanphier High School in Springfield, where he served as senior class president. Following high school, he served in the U.S. Navy from 1952-1954, as an air controller aboard USS Everett F. Larson, DD-830. He also attended the University of Illinois at Urbana-Champaign in the class of 1959.

Bill spent 42 years with Associates Corporation of North America, retiring in 1998 as Vice President of the Asset Management Division. During his years with Associates, he and his family were transferred seven times throughout the Midwest, including Wisconsin, Illinois and Ohio, while he traveled extensively in Indiana, Illinois, Wisconsin, Minnesota and Michigan.

An aviation enthusiast, Bill attained his private pilot's license in 1976 at DuPage County Airport, outside of Chicago. He also attained certification in aerobatic flying in a Great Lakes biplane. Bill was the founding secretary of the Perrysburg, OH, Sunrise Lions Club and held several other offices in the club and district during his services with Lions. He received the Melvin Jones Merit Award for outstanding service.

Upon retirement, Bill and Judy returned to Rochester, IL, where they were members of the Rochester United Methodist Church and Bill served as a township trustee. He enjoyed golf, fishing, small game hunting, feeding his backyard wildlife, poker, and working out at the FitClub.

In lieu of flowers, donations can be made in Bill's name to the Rochester United Methodist Church, The Rochester Historical Preservation Society, or to another charity of the donor's choice. 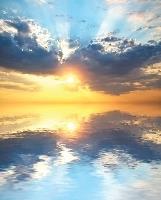