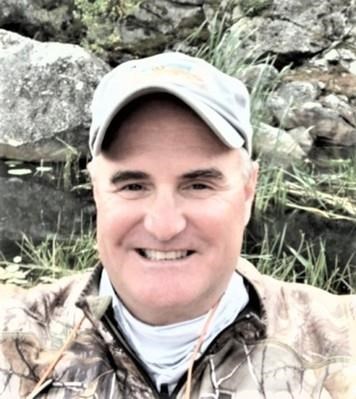 Marion - John W. McDaniel, age 60, of Marion, died peacefully on Wednesday, April 15, 2020, at Riverside Methodist Hospital with his loving family by his side from complications from Covid-19.

On May 24, 1959, John was born at the Marion General Hospital, in Marion, Ohio, the younger of two children, to John W. McDaniel Sr. and the late Meredythe Ann (Matlack) McDaniel. He graduated from Marion Harding High School in the class of 1977, where he enjoyed participating on the swim team. In 1981 he graduated from The Ohio State University earning a Bachelors of Science degree in Business Administration. He was a member of Alpha Tau Omega and the Buckeye Club.

After OSU, Johnny returned home to Marion to join his father in the family business, the O & M Company, as a manufacturer's representative. He dedicated thirty-eight years to O & M; it was "his baby." His proudest accomplishment was turning business acquaintances into true friendships. Just like his father, he was blessed to have his son, Devlin, join in the family business and carry on the family's legacy. He was also extremely proud of his son, Jeremiah, for moving to Seattle and forging his own path as an artist and graphic designer.

Destined to be together, Johnny and Lisa Whelan had "known each other most of their lives" and were friends throughout their schooling. They finally went on a date on August 27, 1987, to the Golden Palace in Marion, and the rest is history. They were married just over a year later, on October 15, 1988, at Epworth United Methodist Church. The cancer diagnosis that John had received just months before could not stop them. They were partners in crime, sharing thirty one years of love and fun together.

John was a lifelong member of Epworth United Methodist Church, a member of the Gyro Club of Marion, the Marion Country Club, VFW Post 7201, and he served on the board of the Marion Family YMCA, often helping with their fundraisers.

With a love of being on the water, John spent much of his life in boats, fishing, enjoying beverages and cigars, and telling stories. His favorite place for 50 years was the family cabin on Georgian Bay in Ontario, Canada. Whenever someone new joined them on the island, whether for a family vacation or the storied "Father and Son" trips every June, Johnny was the first to volunteer to show them around. He had a knack for telling a story that "accurately replaced" the history of special, unforgettable moments. His stories were intertwined with a lesson about every rock, island, cabin and family on the Bay. He also was an outdoorsman, often pretending to be hunting ("he was really taking selfies," his family joked). He loved nature walks and finding a peaceful place to sit and relax. He was truly looking forward to building a new family cabin in the self-titled nature retreat of "Locwood," fifty plus acres in Marion County where he and Lisa had planned to enjoy their retirement years (damn Covid-19!).

To say Johnny was an avid OSU fan is a dramatic understatement. A lifelong fan, he loved attending games, tailgating, and partying while watching the games with his many dear friends. His love for the Buckeyes was amplified when his son, Devlin, played for the OSU Buckeye football team, going undefeated against TTUN and winning a National Championship. He also was an animal lover and had numerous canine companions throughout his life. His jack russell, Brutus, was his favorite.

John was the go to guy if you wanted to know anything about the newest gadgets. He might have been the first person in the world to get a drone and he holds the Guinness Book of World Records for holding the most wallet-sized gadgets in his pockets at one time. He was obsessed with collecting knives, music speakers, and various tactical bags and satchels. With his love of music and his massive speaker collection, Johnny would often DJ special occasions, or just nights on the patio, for his family and friends.

Johnny will be missed and remembered for so many reasons. He was an ornery son-of-a-gun and was often the first to crack a joke no matter the occasion. He had an unwavering determination and he couldn't be stopped when he put his mind to something. You could not have known a more loving and loyal husband, father, son, brother, uncle, and friend. He was extremely generous; his giving knew no bounds. He was truly protective of his family and the first one they would turn to if they ever needed anything. He was an entertaining story teller, who found beauty and joy in most everything. Simply put, Johnny McDaniel loved life and loved everyone he knew with his whole heart.

A service celebrating John's life will be live-streamed at 3:30 pm, on Wednesday, April 22, 2020, via the Snyder Funeral Homes, Denzer Chapel, Facebook page (https://www.facebook.com/DenzerChapelSFH/), with Rev. David Hoffman officiating. Have your favorite beverage ready to do a toast in his honor (a glass of red wine would have been Johnny's preference). Afterwards, his family will greet friends during a drive through visitation in the parking lot of the Marion Country Club, 2415 Crissinger Rd, Marion from 5:00 - 8:00 pm. Everyone will be able to visit while remaining in their cars and keeping a safe social distance.

In lieu of flowers, memorial contributions may be made to the Marion Community Foundation in John's name.

On behalf of his family, they would like to extend a heartfelt "Thank you" to the nurses at Marion General Hospital and to all the staff at Riverside Methodist Hospital for everything they did to try and save Johnny's life from Covid-19. They would also like to remind everyone to continue practicing social distancing to keep each other safe.

Snyder Funeral Homes of Marion are honored to serve John's family and your favorite memories and condolences may be expressed to them by visiting www.SnyderFuneralHomes.com.

Published by Marion Star from Apr. 19 to Apr. 20, 2020.
To plant trees in memory, please visit the Sympathy Store.
MEMORIAL EVENTS
Apr
22
Visitation
5:00p.m. - 8:00p.m.
parking lot of the Marion Country Club
2415 Crissinger Rd, Marion, OH
Apr
22
Service
3:30p.m.
Snyder Funeral Homes, Denzer Chapel, Facebook page ( https://www.facebook.com/DenzerChapelSFH/ )
OH
Funeral services provided by:
Snyder Funeral Homes, Denzer Chapel
MAKE A DONATION
MEMORIES & CONDOLENCES
Sponsored by Snyder Funeral Homes, Denzer Chapel.
38 Entries
I recently heard of John's passing. I am so sorry and extend my deepest condolences. I met John through my company as we were a customer that he called on. He will forever be known as the Red Hot guy as he would always bring several baggies full if RedHots when he would stop in. Always had a smile o. And a great Buckeye story!
Beth Shaw
Friend
April 29, 2020
Lisa, Thinking of you and the boys.
May John Rest In Peace.
Cathie and Michael Chill
April 28, 2020
RIP
Coco Gardner
April 28, 2020
Lisa. Am so sorry to hear about your brother Am praying for all of your family
Mike Shinner
April 24, 2020
May God bless you and your family in this time of sorrow.
Mae White
April 24, 2020
I am so sorry for your loss. No words can heal the pain of losing a husband or father. In reading about your Precious John, he was an amazing man who loved his family and cared about his employees. I am praying right now that God will bring you peace and loved ones to comfort you. In this time of isolation, it is especially difficult, but please know that there are people in the country that hurt for your loss.
Melissa Laizure
April 24, 2020
Im very sorry for your families loss.
Rebecca Rios
April 23, 2020
I am so sorry for your loss. I am praying for your family and friends and all who are grieving.
Kathryn
April 23, 2020
Nancy and I are deeply saddened by your loss and the loss of a fine man, friend and Gyro. No family should have to endure such a loss. He is missed.
Robert Crowell
April 23, 2020
I am so sorry for your loss. I didn't know John or your family but please know you are in my thoughts and prayers.
Julie Ma
April 23, 2020
I didn't know Mr. McDaniel personally but please know that God will grant you comfort and peace during your most difficult times. Be thankful of the time God granted you to share in his life. May God continue to cover and keep you all. My condolences.
Al
April 23, 2020
So sorry for your loss and the pain you are going thru.
Tanya Brown
April 23, 2020
Prayers to your family during this difficult time.
Evan Shanley
April 23, 2020
I am a stranger but feel sorry about your and your family's loss. Be safe, be strong!
Zhanna R
April 23, 2020
I didn't know your husband, but I am so sorry for your loss. May he watch over you and your family and keep you all safe.
Sending love from California and continued health to you all ❤
Electra Kolizeras
April 23, 2020
Lisa ,
Thinking of you,
You are in our hearts.
So sorry for your loss.
Michael & Cathie Chill
April 23, 2020
May the loving memory of your husband and father, and the kind words of sympathy from people of good will and decency all over the world, be a comfort to you in the time of your loss.
Lawrence Friedman
April 23, 2020
Dear Lisa and Family,
We were shocked and saddened to hear of John's passing. Our thoughts and prayers are with all of you during this difficult time.
Much love,
David and Lynn Brazell
April 22, 2020
In loving memory of a wonderful person. Prayers for the McDaniel Family.
Casey Webb
Friend
April 22, 2020 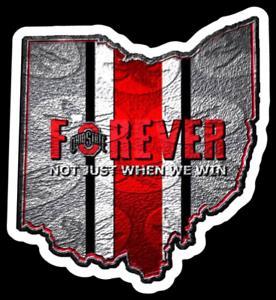 Lori and I are so sorry for your loss. We're keeping you all in our thoughts and prayers during this most difficult time. While John's time with us on earth has passed too soon, the countdown has begun for the great reunion that is to come. Thank you for sharing John with us and the laughs we had.
Chris Sanders
April 22, 2020 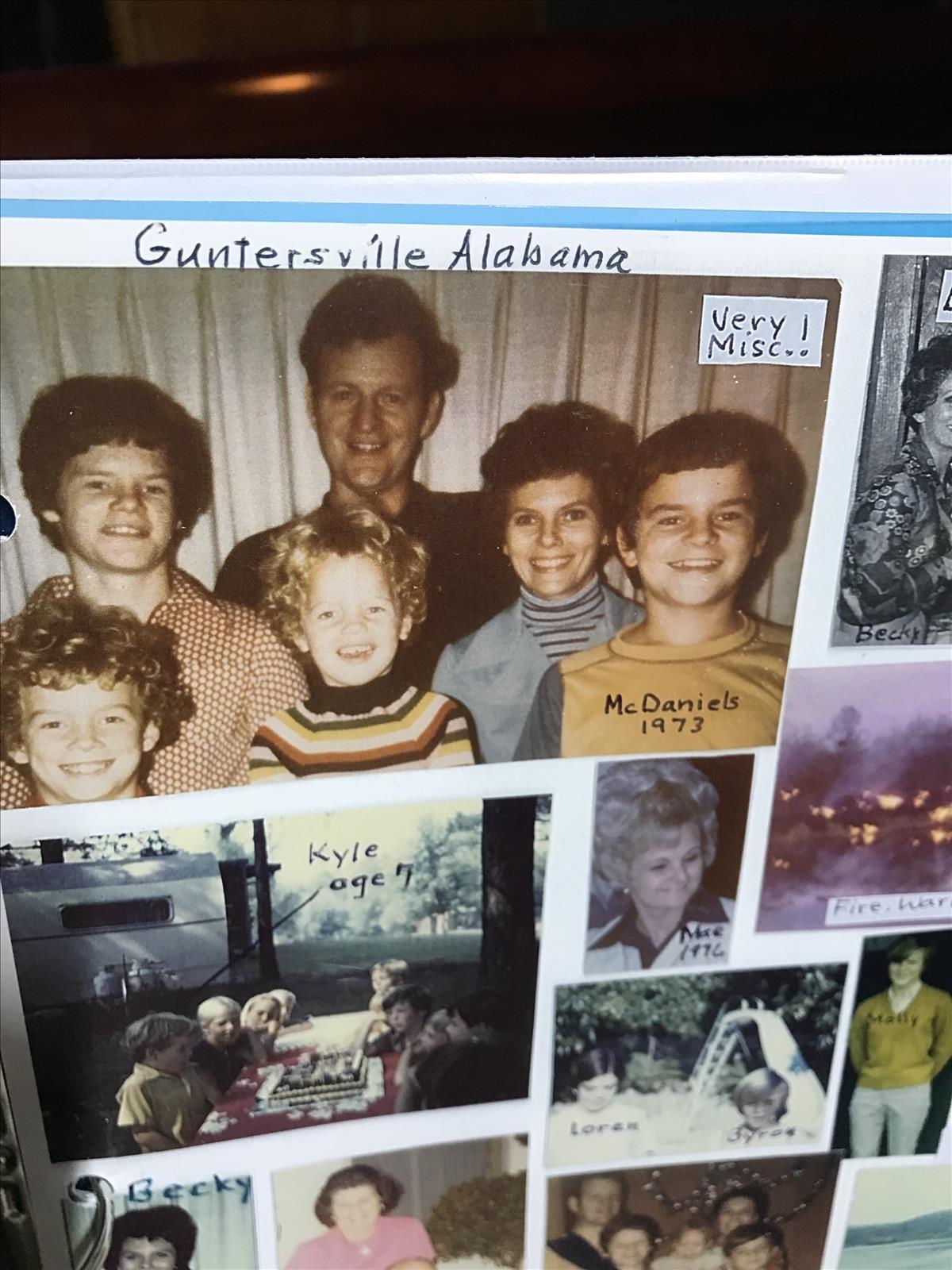 It was with a heavy heart that I read about Johnny's death. He was such a good guy! Please know that my thoughts, prayers and love are with all of you during this difficult time.